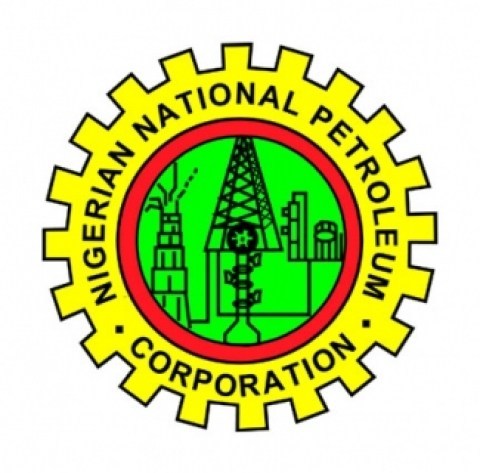 A leadership crisis is currently rocking the National Association of Nigerian Students over a bribe given to the group by the Nigerian National Petroleum Corporation.

It was gathered that the $200,000 bribe was given to leaders of the association to compromise them on the recent increment in fuel price.

On Monday, some members of the association announced the impeachment of the President, Danielson Bamidele Akpan, and swore in Chidi Ilogebe as the new leader of the organisation.

The accused Bamidele of high-handedness, fraud, misappropriation and diversion of students COVID-19 palliatives.

He was also accused of embezzling $200,000 given to the association by the NNPC.

“The Senate of the National Association of Nigerian Students has impeached the President, Danielson Bamidele Allan, and sworn in Chidi Ilogede, who hitherto was the Vice President, National Affairs as President of NANS with immediate effect.

“A committee set up by the NANS Senate to investigate allegations of misappropriation and diversion of students COVID-19 palliatives indicted the President of financial impropriety, criminally diverting students COVID-19 palliatives, fraudulently concealing information relevant to help the growth of the organisation and the development of the country and having abused his office by doing arbitrary and unlawful acts which are prejudicial to the rights of other members of the NANS all in violation of the code of conduct of an official of NANS as enshrined in schedule 3 of the constitution and charter of demand of NANS.

“The former NANS President was also indicted for having not been remorseful despite being exposed that he had received the money as alleged,” a statement by the Senate President, Abubakar Gambo Mohammed, reads.

But in a reaction, the embattled President said he was still in charge.

Bamidele in a statement announced the suspension of Mohammed for offences ranging from public extortion, anti-organizational activities, illegal conveying of NANS Senate meeting on zoom platform, sabotage and gross indiscipline.

He also accused him of tampering and manipulation of the NANS constitution and Charter of Demand without recourse to constitutional provisions.

Meanwhile, a group, Concerned Nigerian Student has dragged the impeached President to the Economic and Financial Crimes Commission, Independent Corrupt Practices and other related offences Commission, Department of State Services and the Nigeria Police Force.

The group in a letter by its Convener, Salahudeen A. Lukman, asked the agencies to probe Bamidele for allegedly diverting N18m meant for Bayelsa students’ project and NNPC’s $200,000 student’s palliative.

The letter reads, “With humility, deep sense of patriotism and moral concern for the need to curb corruption and its wave among the young generation to save the commission and Nigeria from future stress and underdevelopment respectively. I write to seek the independent intervention of your commission as the leading anti-graft agency in the country with records of efficiency and capacity in taming corruption in the country. It has become imminent to seek your professional intervention into alleged diversion and misapplication of funds by NANS leadership under Mr Danielson Bamidele Akpan owing to the significance of NANS as largest black student body in the world, African continent and the nation, its role as young leaders training platform which serves as feeder to national political and economic structures of our dear nation Nigeria.

“Over time, similar allegations of corruption had gone unchecked, hence it is fast becoming a norm which must be stopped at this change/next level era of President Muhammadu Buhari. This I consider as a big threat to the anti-corruption war of this administration ably championed by your commission.

“It will do us a lot of good if the commission can be beam its searchlight into the affairs of the apex students body in Nigeria (NANS) visa viz the recent allegation absconding with a donation of $112,000, about N52,000,000 (fifty two million naira equivalent) due to the association, as palliative earmarked for student from oil sector as benefit was criminally diverted by Mr Bamidele Akpan.

“With news of student resumption nationwide announced by the Federal Government coinciding with the recent hikes in tariff and opportunity for an emergency interface on the welfare of students was midwives by himself and the President of NANS with the Nigerian National Petroleum Corporation authority according to his revelations. The compassionate appeal saw a humane intervention from the oil sector. It was, however, to his amazement, that the President diverted these sums due to students, stakeholders and the purpose it was to serve, which was to cushion enormous burden for student resumption.

“While everywhere was filled with groaning and news of N96m allegedly collected by the President and an information demanded by NANS Senate and executive council members which led to reaching out to the NANS consultant. So it was his outburst recently that made the organisation aware of any such funds. In his public statement/revelation issued, he related the events of one year of his journey with the President. He further revealed other funds such as N18m from Bayelsa State on issues with the President among others figures.

“This so disappointing that the mentioned funds can’t be traced to any program executed or project implemented or people cushioned through the incumbent President of NANS, Mr Bamidele Akpan, who remain the basis of the current anger within the association’s rank and files, aside the abandonment of his primary responsibilities such as #Reopening of School Struggle, #ASUU strike struggle, #COVID-19 fee charge by state owned institutions struggle, including the ease of resumption which the funds were to serve. In as much as this revelations have ignited serious tension and uproar within the association, the President, Mr Bamidele is reportedly in cohort in some quarters trying to adopt jungle justice, attack and molestation of any of those challenging him of this alleged diversion which include my humble self, the signatory, the consultant and other persons enlisted into the panel of enquiry set up by the NANS Senate.

“The President is currently manipulating people around, trying to induce, corrupt and subvert this investigation by doling money out to his cronies to defend this unjustly, this is not in the interest of the student populace.

“Hence I write to request your official intervention with immediate independent investigation and prosecution of Mr Bamidele Akpan if found guilty of diversion of N52m to his personal account and also N18m for Bayelsa State student project according to revelation by the NANS consultant.

“The recovery of these monies will aid the Senate President of NANS and the exco to deliver the fund to the beneficiaries. This recovery from him will also return the association to the path of normalcy, restore her integrity and return Nigerian students and public trust back to the association thereby vindicating the panel and our stakeholders/consultants.

“The urgent action of your agency to retrieve and recover the N52m and N18m Bayelsa student money respectively will be of great help and relief to the student community at large.”