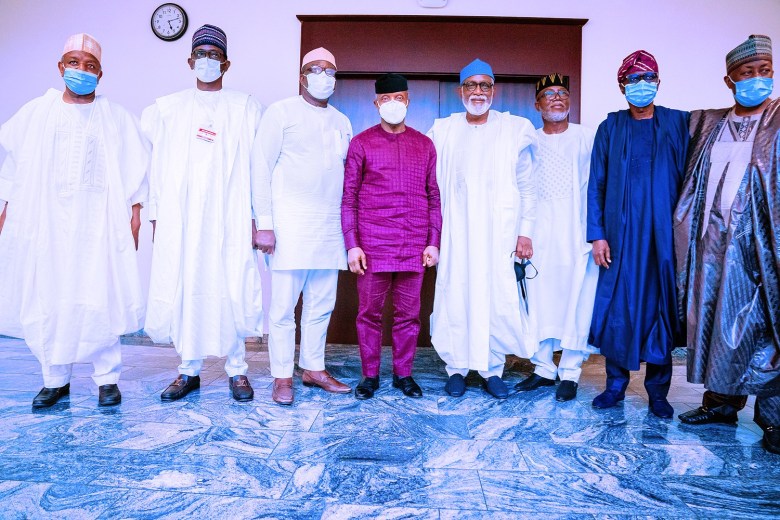 Akeredolu and his deputy were led by the Chairman, APC Caretaker Committee, Governor Mai Mala Buni.