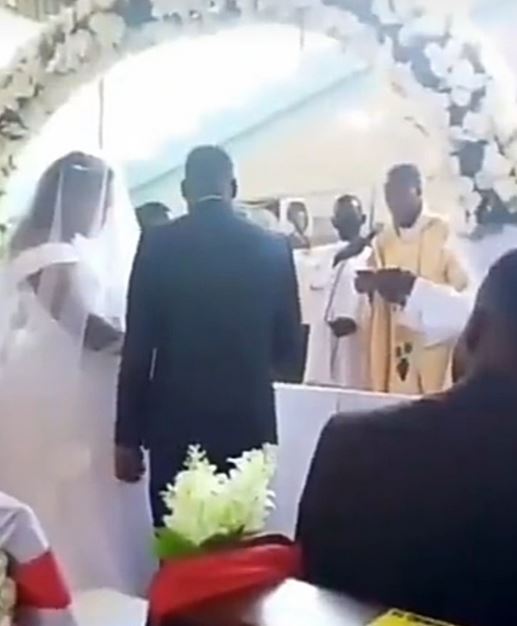 Drama As Woman Disrupts Church Wedding, Claims Groom Is Her Husband And They Slept Together Only Hours Earlier (Video)

A video has surfaced online showing the moment a women disrupted a church wedding alongside her kids to claim the groom is her spouse who even slept on the same bed with her the night before.

The woman in the video stated that there is no issue between her and her husband and they didn’t quarrel. She said he left for his secret wedding from their home that morning and she had no idea he was remarrying.

She added that the kids with her are his.

The video begins with a Catholic priest officiating the wedding of a couple when a woman’s loud voice causes a distraction.

“Father, hold on,” the woman screams as she makes her entrance into the church wearing a face mask with a child strapped to her back.

Despite efforts to hold her back, she pushes her way to the front of the altar and starts explaining to the priest that she and her husband were together in their bed only hours earlier and she’s shocked to now see him marrying another woman.

She says he told her he was going out of town for work when he left home that morning.

The woman was only tipped off by vigilant neighbours that her husband was about to wed another woman, after which she rushed to the said Catholic Church in  Chainda together with her kids.

The groom has been identified as Abraham Muyunda. He works for Zambia Revenue Authority at Head Office and has been married to Caroline Mubita for years. They have three children between them.

The video is trending, not just in Zambia but all over Africa only hours after it was shared online. 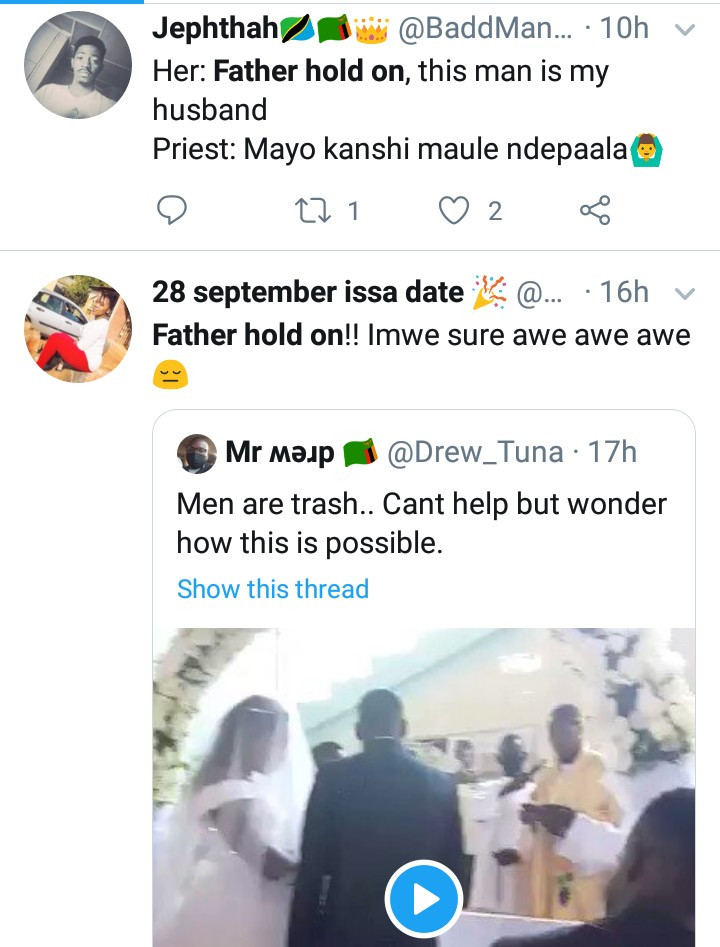 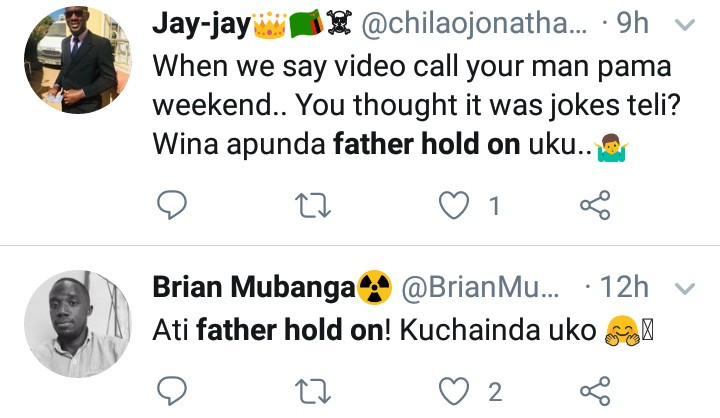 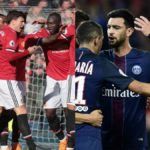 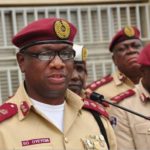 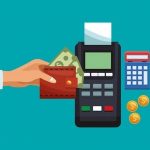 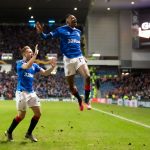