#EndPoliceBrutalityinNigeria: The Struggle Is Far From Over- Nigerians

A cross section of Nigerians have resolved not to relent on the EndSars protest despite the announcement by the Inspector-General of Police, IGP, Mohammed Adamu on Sunday that the Special Anti-Robbery Squad, SARS, has been disbanded.

According to them, they will not be swayed with mere statement as the struggle is far from over.

The IGP had announced that members of SARS will be dissolved and redeployed to other departments in the Nigerian Police Force, NPF.

But in a swift reaction Nigerians disagreed with the Police decision to redeploy them, carrying placards with inscription such as “You can’t reform a terrorist, just EndSars, Stop releasing watery statements, Buhari must explain what item 2 means, ” amongst others.

A tweeter user who tweets with the name @2muchAkanni said at about 8.30pm Sunday night from Sangotedo through to the Victoria Island, VI, area of Lagos was still blocked as protesters have refuse to cease action despite the announcement from the IGP earlier today.

All way from Sangotedo to VI is blocked. The Protest is still on going and I can confirm to you all that the struggle is far from over! ✊🏾✊🏾✊🏾

According to him the struggle is now wearing a new face #EndPoliceBrutalityinNigeria, “They only redeployed those criminals, we don’t want them in the system at all”, he said.

Shot by my very self: AkanniOfLagos.
Location: Chevron- Lekki-Epe Expressway.

I am quite puzzled at the contradiction of the IG’s announcement of “dissolution of #SARS” and yet the Abuja #EndSARSImmediately Protesters are right this moment being brutalized in the city.

President @MBuhari , reign in the @PoliceNG .
You are their C-in-C.
They must stop!🛑

Pls RT or copy and tweet to create awarenes

I was so weak when a police officer, in the Police headquarters said they would have ended our lives if it was in the night that they grabbed us @ibrahimu14 @obyezeks @MKabrik @AishaYesufu @gimbakakanda

We either want this or we don’t. If we turn back, the police will leash more terror on us. We better fight this fight to the finish! There is no turning back! #ENDSARS #EndPoliceBrutality pic.twitter.com/f7cYPXEK2n

Yo @PoliceNG if you negotiate with anyone on this matter, you are wasting your time. Just tick all these 5 boxes and we are good to go! #ENDSARS #EndPoliceBrutality #5for5 pic.twitter.com/gRHT0z7nBT

Some celebrities lend their voices to the #EndPoliceBrutalityinNigeria.

Justice for those who have lost their lives!! NEXT #EndSARS #EndPoliceBrutalityinNigeria 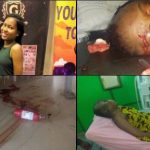 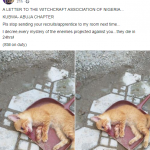 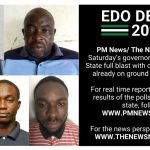 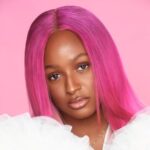 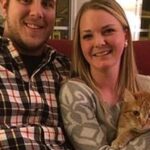