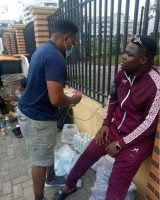 Fals, Wizkid, Tiwa, RunTown and others: Celebrity is your friend, not police? 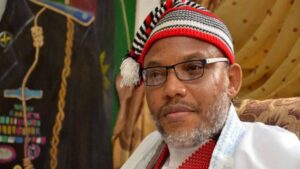 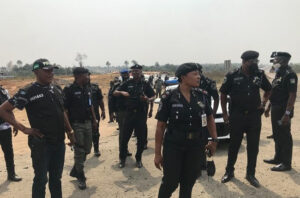 “Because they make decisions and direct this country
We elected and voted them in office so they should speak. If we have issues at the state level we can hold the governor responsible
But the senators and house of reps members are the only federal representatives close to us.”

“If our voice cant get to the president it should get to them. Because police has a whole and sars is not under the state government the federal government controls them. So we call on all our senators and house of representatives members in nigeria to seat over this and Endsars”. 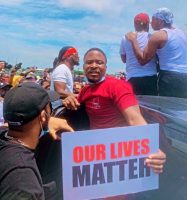 And these are the quirky back and forth moves that made Frank Mba, the spokesman for Nigerian Police to described some Special Anti-Robbery Squad (SARS) protesters as “pseudo-activists.”

Speaking at the Sunrise Daily interview on Channels, Frank Mba said there are different categories of protesters: He described the first group as genuine protesters that want an end to the extrajudicial killings of some bad eggs in the police force.

He described the other group as clout chasers, pseudo-activists that are portraying theirselves as influencers, “Some of the people against SARS are the ones that are involved in shady deals; they engage in arm selling, and other crimes”.

This statement didn’t sit well with a lot of social media  influencers. Japhet Omojuwa demanded that Police Public Relation Officer be sacked for that labelling. And it was not only the PRO whose job was on the line.   Many also started calling for sack of the Police IG.

Tiwa Savage’s music video for ‘Park Well’ was to be released this Monday but was pushed back. She said she did not want to distract any one away from the #EndSars movement.

DJ Cuppy ended her Dubai vacation, flew in to Nigeria to join the protest.  Small Doctor, in his Celetial Church’s White Garment, preached the protest in his church’s sunday service.  Actor Olu Jacobs, did not allow age stop him from adding his voice.

Mr Macaroni and co went to Alausa Government house to occupy. And even though Temi Otedola had to get some quick schooling about the situation of Police Brutality and Sars’ ill activities (don’t blame her, the people at the top hardly see these things), she eventually jumped in and protested.

Some thespians like Funke Akindele made no tweet about the situation. And didn’t join the campaign. But there were a whole lot of others like Bolanle Nino, Segun Arinze and co. Enough to let us know that Police may not be our friend, celebrities are.