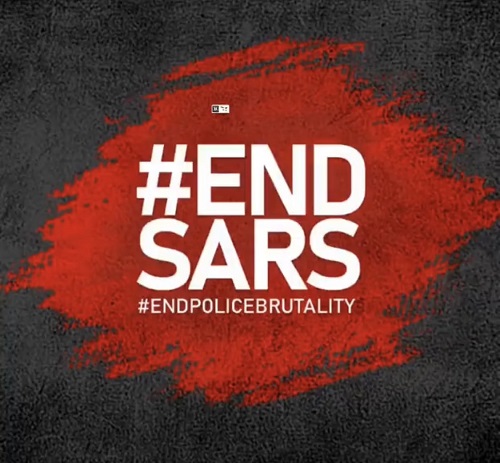 #EndSARS: Disbandment Is Not Enough, This Is What Nigerians Want by Alexander Ubani

For a long time now, many men of the Nigeria police have been acting as a lawless entity used to do the dirty work of the government. They harass, assault, brutalize, and shoot peaceful protesters even when the constitution is clear on the rights of Nigerians to peaceful protest. Ordinary citizens are not safe from their rascality; now and again, they are seen in public space, assaulting and brutalizing civilians on simple matters such as traffic offence, etc. Instead of taking the person to court and handling issues as stipulated by law, these errant officers of the Nigeria police either forcefully extort money from their victims with POS or go ahead to brutalize such individuals mercilessly in public view.

Nigerians are shouting it loud and clear – ENOUGH IS ENOUGH!

The Nigeria police is notorious for always defending the criminal elements among them. Just not too long ago, a senior police officer, Yusuf Kolo, who allegedly tortured a man, Hassan Alfa, to death in 2014 after wrongly accusing him of armed robbery received a double promotion.

Another worrisome case is that of a deputy commissioner of police (DCP), Ibrahim Danjuma charged with murder after he was said to have ordered his officers to open fire that killed five automobile spare-parts dealers and a woman between the night of June 7 and 8, 2005. He received speedy promotions afterward, while the family members of the innocent traders his officers killed after tagging them armed robbers wallow in pain.

Banning the Special Anti-robbery Squad is right, but this is not the first time we have heard such empty outpourings either from the police boss or the government. SARS was disbanded in December of 2017 and banned from conducting stop and search operations except when necessary; but the extortion, brutalization, and killing of innocent Nigerians by SARS didn’t stop.

In August 2018, SARS was overhauled as officers were stopped from engaging in arbitrary arrest and civil matters after another public outcry. The order given by Vice President Yemi Osinbajo was again flouted by hopeless SARS operatives.

Due to the failure of the officers to obey VP’s order, again in September 2018, the Inspector General of Police, Mohammed Idris ordered SARS to stop the random searching of people’s phones immediately. But this order was flouted again as if it never existed, which led to another public outcry in January of 2019 forcing the IGP to issue a new order for the total reorganization of SARS.

Sadly, that order was totally ignored as SARS continued its assault on civilians. That again led to another order in February 2020 in which the IGP called for total disbandment of satellite offices of SARS. So there is no reason to rejoice following IGP’s directive today ordering the disbandment of SARS.

Banning SARS is a step in the right direction, but with all the examples cited above, it is very clear that just giving that order is not enough. There should be a concrete step in motion to see that the order is followed to the letter. The Inspector-General of Police must move from state to state to confront all police commissioners and query them on why his orders are never followed. There is need for a total reformation of the Nigeria police because it has failed to meet the expectations of the people in securing lives and properties. Recent events happening in the country shows that the police doesn’t prioritize the lives of Nigerians, but place much emphasis on political shows and events. Over 31,000 police officers were sent to Edo state for the governorship election, but this same police has refused to secure the lives of Nigerians when it matters most. Imagine that the same police that sent over 31,000 personnel to help in conducting the election in Edo state could only send 500 personnel to Southern Kaduna were bandits and herdsmen have been invading villages, raping, killing, and destroying innocent lives. The police must set its priorities right and execute its constitutionally given role in a most effective manner.

As the police announce the disbandment of the now infamous Special Anti-robbery squad, what is the fate of those unprofessional officers who have been causing Nigerians serious pain and bringing the police shame? Will they be dissolved into other departments to carry on their nefarious activities under a new name? The police must provide a compelling strategy it plans to use in ending the era of menace by these unscrupulous elements in the police. If not, then the disbandment of SARS is just another hogwash.

As a democratic government, the police are by constitutional order supposed to protect and save lives. It is not to be used as a political tool to disobey the same constitution that created it. Disrupting peaceful protests and allowing its officers to attack and brutalize civilians expressing their rights is a serious indictment on the police, and that happening in 2020 shows to all that our police has now become a puppet being used by the federal government to cripple dissenting voices and oppress those opposing the injustice in the country.

The Nigeria police must evolve. All democratic practices must be followed and respected as the letters of the law are not ambiguous. While the rest of the world has made an improvement by investing in technology, the Nigeria police force still lags behind refusing to embrace the digital age. Is it a taboo if police officers in Nigeria go about with body cameras? Will heaven fall if police conduct patrols with cars that are roadworthy instead of the eyesore we see them in all the time? The culture of decay has eaten deep into the police, so much so that nothing seems to work there except extortion and bribery. Bail is free, but when you go to the police to bail someone, they will force you to pay. The system is so fucked.

Nigerians want a police force that is accountable. Guns and ammunition must be accounted for by all officers. We have seen police officers who are into armed robbery; some even go as far as selling guns and ammunition to robbers.

As Nigerians hail the disbandment of SARS, they expect that proactive measures will be put in place to curtail the troubling excesses that have kept millions of Nigerians protesting online and offline against the police. Let it not be another empty noise from the IGP and after some months, we will be back again protesting #EndSars. Nigerians are tired of using a cosmetic approach to an issue that has cost many innocent lives.

My name is Alexander Thandi Ubani