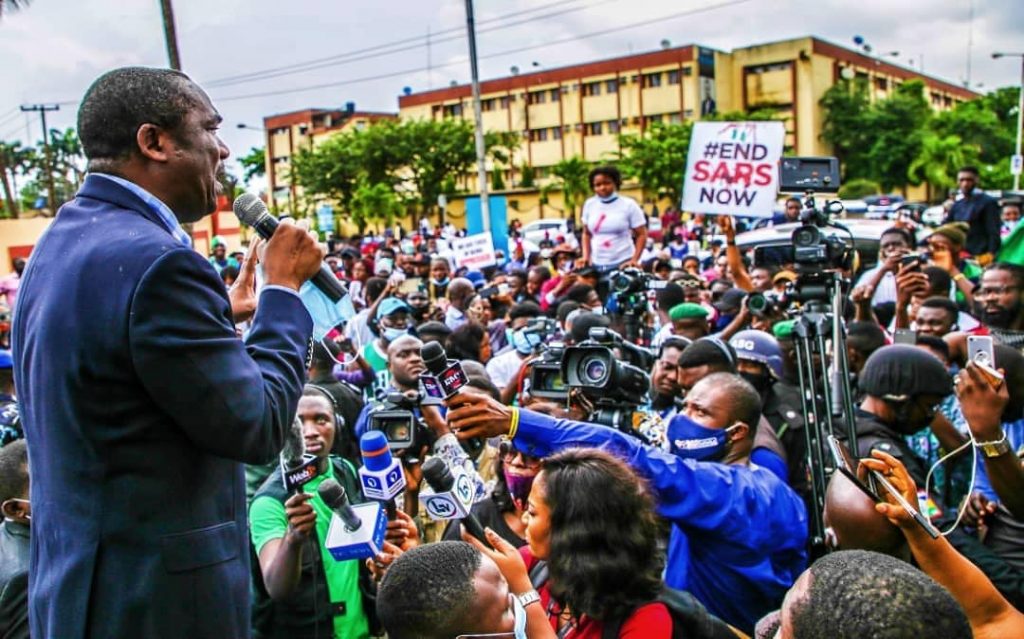 The Deputy Governor of Lagos State, Obafemi Hamzat, has revealed that he was once a victim of harassment by operatives of the Federal Special Anti-Robbery Squad (FSARS). 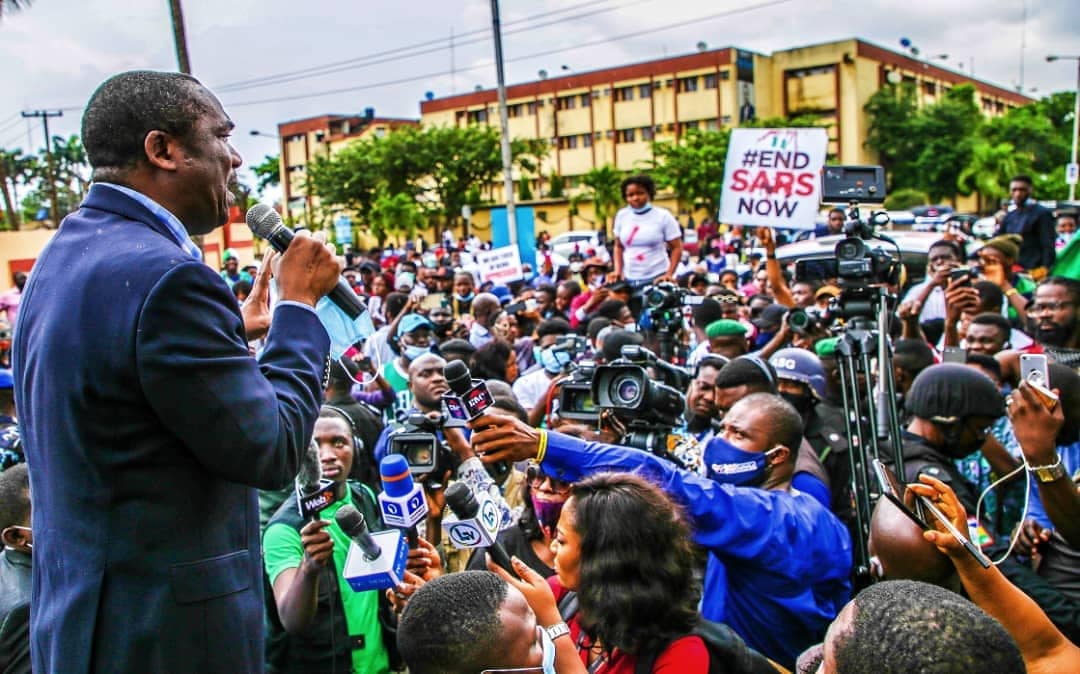 Addressing #EndSARS protesters who stormed the Lagos State House of Assembly on Friday to demand the scrapping of the SARS police unit, Hamzat revealed that he was harassed by FSARS operatives in 2016.

“Every decent Nigerian will be upset. This happened to me four years ago when I was going to Abule Odofin. They were not in uniform, they had guns and they just double-crossed us, of course, I was scared because if they were policemen wearing uniform I won’t be scared and they harassed us.”

In a statement issued on his Twitter page after addressing the protesters, Hamzat said, “Today, I addressed those protesting against the brutality of some men of the Special Anti-Robbery Squad unit at Alausa Ikeja.

“The Governor’s position is clear. LASG would not condone brutality and violation of citizens’ rights by security operatives.

“Security operatives cannot trample on the rights of law-abiding citizens because they are carrying laptops or iPhones. It is wrong for any officer to expressly pronounce someone, irrespective of age, guilty because they have locs or ride luxury vehicles.

“As a Government, we support evidence-based investigations and actions driven by intelligence. The procedure of arrest and prosecution must be followed through. We are equally aggrieved like every other law-abiding Nigerian.

“If a young man or woman who is legitimately doing his or her job is attacked or maimed by police officers for no reason, we will never support that. We condemn police brutality in whatever guise and we will continue to engage their leadership for change.

“We fully understand the reasons for your anger and outrage but this demonstration must also be carried out in line with the law. If we employ violence or destruction to drive home our grievances, we will also be hurting ourselves.

“The protest must be orderly, so that those concerned will get the salient point of your message. You can’t block the road, disrupt free flow of traffic and prevent other people from embarking on their lawful duties, especially the emergency responders.

“As citizens, it is within your rights to express your grievances but let us exercise caution and eschew violence. The authorities have heard your voice and I hope we all leave the roads with the understanding that drastic changes will be effected.”