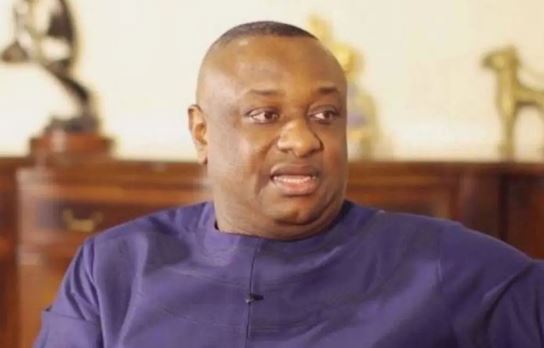 Nigeria‘s Minister of State, Labour and Employment, Festus Keyamo has reacted to the ongoing protest against operatives of the Special Anti-Robbery Squad.

According to Keyamo, aggrieved Nigerians must be allowed to embark on a peaceful protest over issues they feel aggrieved over.

In a tweet, the minister insisted that peaceful protest was a democratic culture.

“Peaceful protests by citizens to ventilate their frustrations is part of a democratic culture. They MUST be allowed to do this without inhibitions.

“That culture also requires that citizens be willing to sit down after the protests to have some reasonable conversation on the issues,” he tweeted.

In the past few days, Nigerians across the country have been protesting against the illegality and unconstitutional activities of SARS operatives.

On Friday, some policemen had attacked protesters in Abuja with tear gas.

Also, Saraki’s former aide, Olu Onemola was arrested over his involvement in the protest in Abuja.