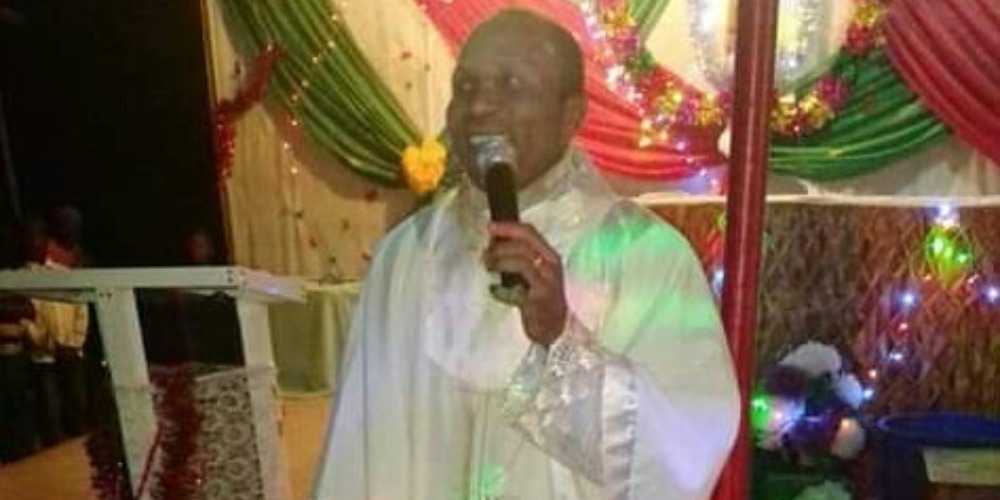 Father Ejike was said to have flogged the son of the Councilor of Nkomoro Ward, Mrs Ngozika Onele, for allegedly destroying his cassava farm, having warned him several times, against destroying his farm produce.

According to Vanguard, a source from the community said that Father Ejike had vowed not to release the boy without seeing the parents to report the incident.

Fr. Odunze’s refusal to release the boy was said to have angered his family members who went and reported the matter to the Chairman of the Parish Council.

“When the Chairman of the Parish Council arrived at Father’s house, alongside Kelechi Nwali and Chika Nwali, who are the brothers to the Ward Councillor, he sought to know what happened,” the source explained.

“But Fr. Ejike asked him to ask the people who brought him into the matter. It was in the process that a quarrel ensued. Then, Chika Nwali insisted Father must release the boy to them without further delay. His outburst angered Father who ordered that he should leave his compound. But he refused,”

“Chika said he would not leave without Father releasing the boy. In anger, Father brought a cane and started flogging him to leave his compound. Immediately Father used the cane on him, he collected it and broke it, into pieces, before Chika and his other brothers who were around, started beating the priest mercilessly.” the source added.

It was further learnt that after the incident, the Father left the community, and is currently at Bishop’s quarters in Abakaliki, where he is now receiving treatment.

The Bishop of Abakaliki Dioceses, Michael Nnachi Okoro, and the entire Catholic community are said to be very furious over the development.

When contacted on phone, Fr. Ejike said he was not stable to talk on the matter.

KanyiDaily had also reported how armed robbers stormed the residence of a Catholic Priest in benue and begged for forgiveness as they robbed him.