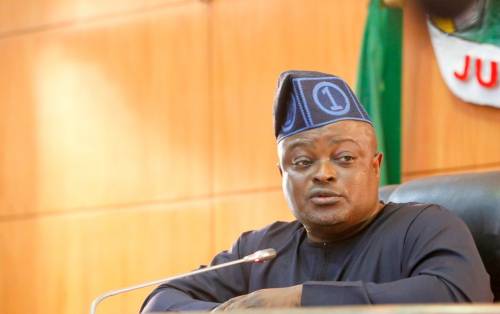 The Speaker of the Lagos State House of Assembly, Mudashiru Obasa, is in the custody of the Economic and Financial Crimes Commission responding to allegations of fraud, The PUNCH has learnt.

The spokesman for the EFCC, Wilson Uwujaren, told our correspondent that Obasa was invited and he honoured the invitation at the Lagos zone office of the commission on Thursday.