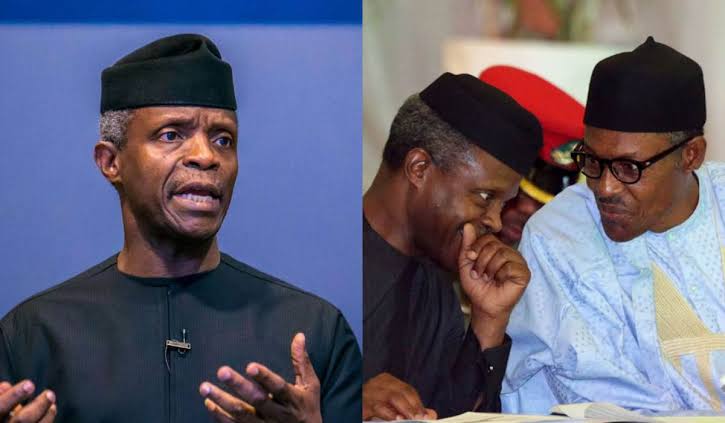 Vice-President, Yemi Osinbajo has insisted that President Muhmmadu Buhari was very much concerned about the welfare of Nigerians and would not go back on his promise to improve their living conditions.

This is coming six months after Osinbajo made the same claim, revealing that President Buhari had devised plans to improve the well being of Nigerians throughout the period of coronavirus pandemic.

Speaking with State House Correspondents on Monday, October 5, 2020, Osinbajo restate that the President understands the pains Nigerians are going through primarily because of the economic situation aftermath of COVID-19 pandemic lockdown.

He said for this reason, President Buhari is considering to provide more palliatives to cushion the effects of the pandemic on the citizens.

“We fully understand that we must have a way of ensuring that the pain that people feel, the economic difficulty that people are going through, that we are able to address those as much as possible.

“Which is why even in our discussions with labour, one of the issues we are looking at include, what sort of palliatives are possible for the Nigerian people. In what ways can we reduce the burden and how quickly can we do so.”

Osinbajo also revealed the plan by the Federal Government to convert cars of Nigerians to run on Compressed Natural Gas will start with commercial vehicles.

“One of those things we have looked at is how to reduce the cost of gas and petrol. How do we ensure that people are able to go about their businesses buying cheaper energy?

“One of the ways is the strategies is the use of Compressed Natural Gas (CNG). And the government has committed to do the conversion. First of all, we are starting with commercial vehicles.

“Most commercial transporters will have the capacity to use both gas and petrol. That is already being done experimentally in Edo State.

Dangote, for instance, has converted all his trucks to the use of CNG, and that is 4,000 or even more of those trucks. It is not a particularly difficult thing to do for the commercial transporters, it may be expensive for the individual but that is also part of the commitment of government, to be able to do the conversion, and the price of gas comes at about almost half the price of petrol,”he said.

The vice president said the government was involved in other ways to reduce the burden on Nigerians, saying nobody expected a downturn in the economic fortunes of the country occasioned by the fallouts of COVID-19 pandemic.

KanyiDaily also recalls that Yemi Osinbajo had said it will take President Buhari ten (10) years to remove ten million Nigerians out of poverty.