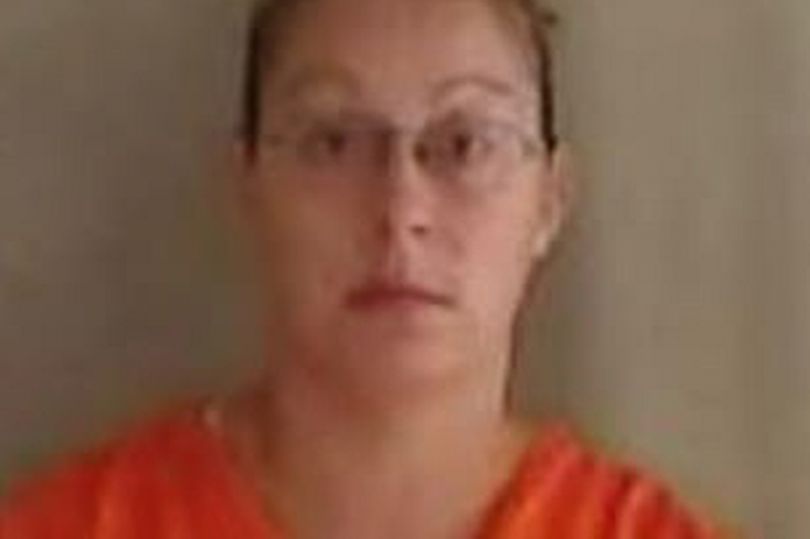 Amanda McClure has been jailed

A woman who took part in a twisted murder plot because she hoped to marry her own father has been jailed for 40 years.

Amanda McClure killed her husband with the help of her sister, Anna Marie Choudhary, and her father Larry McClure in on Valentine’s Day, 2019.

The sick trio killed John McGuire by hitting him over the head with a wine bottle, injecting him with methamphetamine and strangling him with a plastic bag

After burying McGuire’s body in a shallow grave McClure later exhumed her husband’s body and mutilated it by driving wooden stakes through his torso.

Three weeks after the murder McClure married her father, Larry McClure Snr.– forging the name of another man on the wedding certificate.

McClure, 31, pleaded guilty to the charge of second-degree murder via video link to McDowell County Circuit Court on Thursday.

Her 32-year-old sister, Anna Marie Choudhary, is facing a charge of first-degree murder for her part in the attack, according to the Bluefield Daily Telegraph.

McClure’s father, Larry McClure Snr, 55, has already begun a life sentence for murder. During his trial he said his daughter Amanda was the ringleader of the plot, and said it was she who wrapped a black rubbish bag around the victim’s neck.

Presiding Judge Ed Kornish told McClure, who will be over 70 when she gets out of jail, that he hoped she would get help with her drugs problems while she was inside. He added that McClure should take full responsibility for the “heinous” murder and added: “After killing John, you dug him up later.

“When you all dug him up his body was dismembered and stakes of some kind were driven through his body.

“Then you reburied him – there was no reason for this.”

The crime came to light after Larry McClure was arrested for failing to register as a sex offender, and confessed to the murder while he was in jail.

He wrote in his confession that he didn’t know his daughter’s motive for killing her husband, but alleged she was spending McGuire’s monthly Social Security payments.

Explaining the murder to the court, McClure said her father had been a bad influence on her.

“My dad didn’t want anyone else near me,” she said. “John told Larry that he loved me and we were going to get married. I wish I could bring John back. He was a good man.”