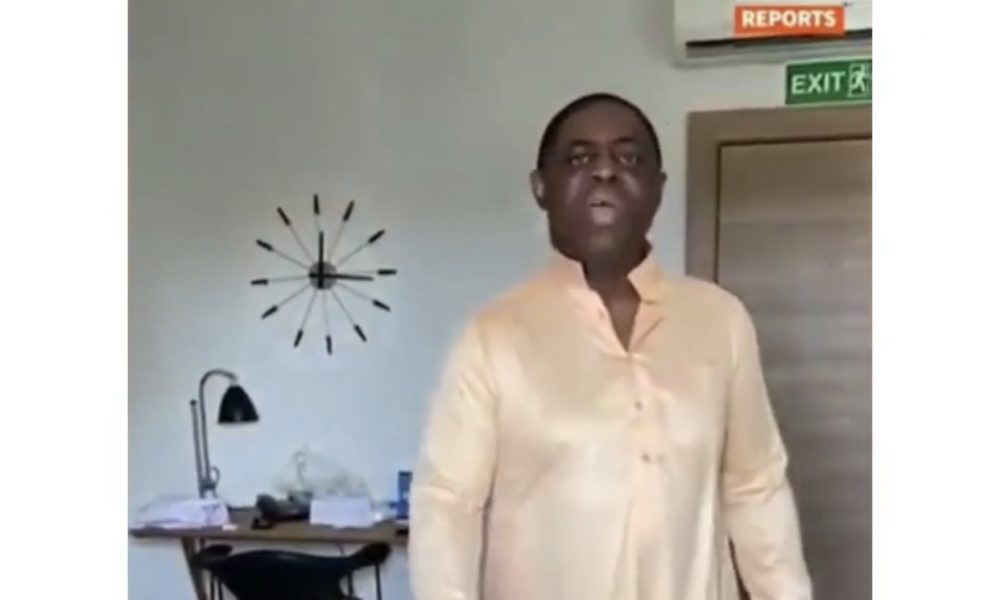 Following the separation between Former minister of aviation and his wife, a new evidence has resurfaced as Femi -Fani Kayode has been caught on tape allegedly abusing his wife.

This came after he had denied abusing his wife Precious, as he stated that domestic violence was not the reason for their separation.

The viral video making round on social media, was published by Sahara Reporters today, October 3 , after the rumor of Femi abusing his wife Precious first aired online.

The estranged wife can be heard telling Femi in the video that he has been abusing her, which annoyed Femi as he can be seen hitting her on tape.