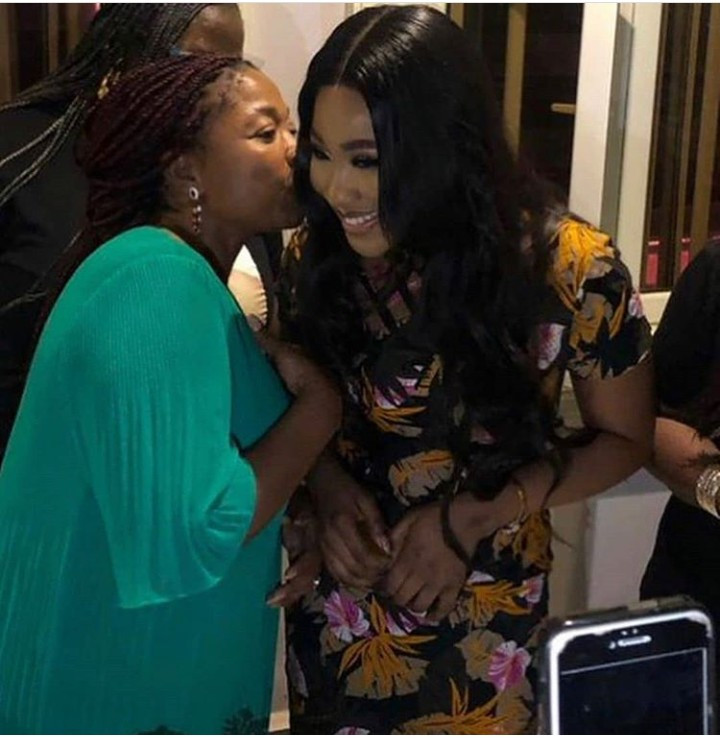 The fans who gathered to meet and greet Erica were surprised to see the billionaire’s wife.

Erica, one of the 20 housemates that were admitted into the lockdown house was disqualified along but not before she had written her love story with billionaire’s son, Kiddwaya.

Both were lovers while in the house and Kidd’s family believes that the Abia-born housemate was disqualified because of their son.

Mr. Terry Waya, Kidd’s father, had promised to reward Erica with half of the N85 million grand prize if his son had won it. And now it seems the billionaire family has other plans for the disqualified housemate.

Last night, Mrs. Waya declared that “I see myself in this young lady [Erica] and I’m here to support her, I also want to confirm to you that I’m a Kiddrica shipper.”