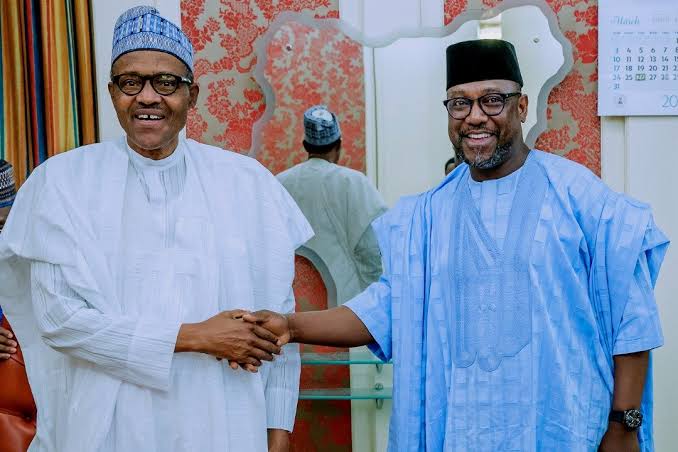 Niger State Governor, Abubakar Bello, has said that the people in his state are living in hell because of the deplorable conditions of roads in the state.

The governor, who spoke to State House correspondents after a private meeting with the President Muhammadu Buhari, at the State House, Abuja, said he visited the president to discuss some issues that affect his state, especially the state of roads.

Bello decried the deplorable conditions of roads in the state, adding that motorists and commuters were going through hell plying the roads.

He also informed the President about the damage caused by flood in 22 out of the 25 local government areas of the state.

According to him, over 150 communities had been submerged by water, while the popular Sunti Sugar Farm had been destroyed by flood.

“I paid a visit to Mr President to extend my greetings and wishes for the independence anniversary and I also seized the opportunity to discuss some issues that affect Niger State, especially the state of roads.

“At the moment, we are facing difficult times because the rains are quite heavy. Most sections of the roads have failed completely and there is a need to have some quick intervention to ease the difficulties experienced by motorists in highways. So, I took time to brief Mr President on what is happening and what I think can be done in the interim to address some of these issues.

“At the moment, we have over 150 communities under water in Niger State ­— thousands of hectares of land have been washed away and major investments like the Sunti sugar are completely under water.

While stating that the President sympathised with the residents and those passing through the state, the governor sought urgent presidential intervention in the rehabilitation of failed roads in the state to ease the difficulties faced by motorists.

KanyiDailly recalls that Kogi State Governor, Yahaya Bello had blamed President Buhari for the petrol tanker explosion that killed 23 people at Felele, along the Lokoja-Abuja highway.