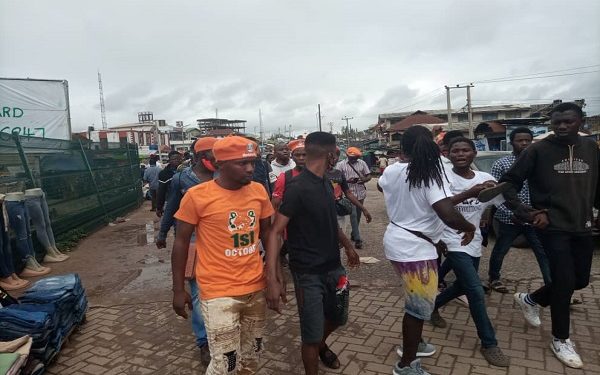 The Nation reports that as many as eleven of the 20 arrested #RevolutionNow protesters in Osogbo, capital of Osun have been released, The Nation has learnt.

The youths, under the aegis of Coalition for Revolution, took to the streets of Osogbo to protest the hike in petroleum and electricity tariffs.

They demanded reversal of petrol and electricity hikes.

They converged on Nelson Mandela Freedom Park, Old Garage, Osogbo as early as 9 am before they were dispersed.

About 20 of them were arrested and beaten at the scene. Other protesters ran to escape arrest.

However, The Nation learnt eleven of the youths were released on their way to DSS State Command, Osogbo at Aregbe area on Gbongan/Ibadan road.

They alleged operatives of Department of State Security (DSS) threatened them to discontinue the protest.

They also accused the operatives of seizing the banners, public address system and some publications they wanted to share to residents.

However, the protesters regrouped at Oke-Fia junction and marched through Old Garage, Orisunbare, Ola-Iya Junction and terminated the protest at NUJ Correspondents’ Chapel, Fagbewesa where they addressed reporters. 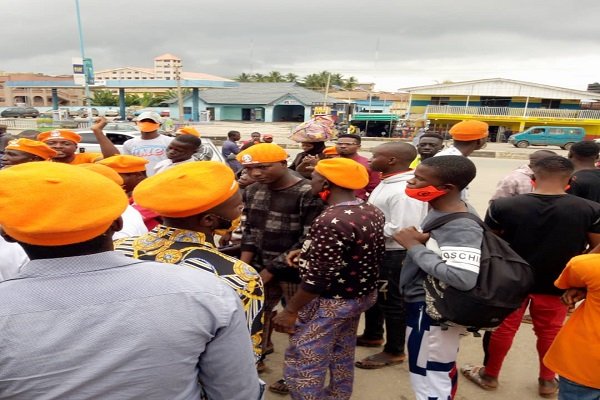 There was heavy security presence at the major junctions of the state capital, Osogbo as DSS operatives as well as men of the Nigeria Security and Civil Defense Corps, Police and Joint Task Force were seen with arms.

One of the leaders of the protesters, Victor Abiodun, warned security operatives to stop harassing or arresting peaceful protesters in the country.

His words: “Today, we are celebrating our own 60th independence day celebration on the streets. We are saying no to the present state of Nigeria.

“We are saying no to insecurity, poor health care system and others. The present government is treating Nigerians with the highest level of impunity.

“Our comrades were arrested and later released. We urge Nigerians to join us in this struggle, we have been peaceful since our agitation and we are demanding better Nigeria.

“It is against the norm that peaceful protesters will be harassed and arrested by security operative. By the way, the security operatives are suffering as a result of bad policies which show from the way they are been killed by the bandits, Boko Haram and herdsman without any justice.

“We call on security operatives to join us in this protest and our struggle. The struggle is not to divide Nigeria, it is a struggle to have a better political/ economic justice.”

The Ataoja of Osogbo, Oba Jimoh Olanipekun, who ran into the protesters on Ola-Iya road, stopped his convoy and spoke briefly with them.

He said: “This protest is right. It will correct the anomaly in this country I support your action. God bless you.”