Campaign posters circulating the social media indicates that the former Governor of Anambra State, Peter Obi, is running for 2023 presidency under the platform of the Peoples Democratic Party (PDP).

Peter Obi, who was the PDP’s vice presidential candidate in 2019 general election, is now running for president in 2023, while Senator Rabiu Kwankwaso, former Kano State Governor, is his running mate.

Solgan on the presidential campaign poster circulating on the social media reads: “For equity and fairness 2023.”

Both Obi and Kwankwaso are yet to comment to the PDP’s campaign poster. 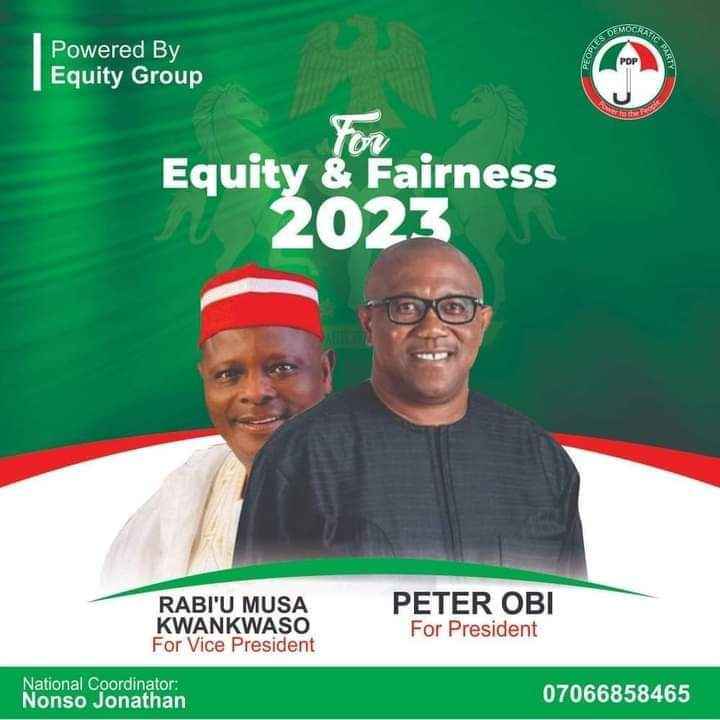 KanyiDaily recalls that the 2023 Presidential campaign posters of Ekiti State Governor, Kayode Fayemi, under the platform of the All Progressives Congress (APC), had also emerged online.