Visa Ban: “We Determine Those Who Visits Our Country” – UK Replies Nigerian Government The British Government has reacted to the protest by the Federal Government over the visa restrictions imposed on Nigerians as a result of malpractices during elections.

KanyiDaily recalls that the UK and United States had last week threatened to impose a visa ban on perpetrators of election fraud in Nigeria.

But the FG reacted saying “it would be considered disrespectful of the sovereignty of Nigeria for any outside authority to sit in judgment over the conduct of its citizens and apply punitive measures such as visa restriction, unilaterally.”

Reacting to the FG’s stance on Thursday, the British government made it clear the issue of visa restriction on perpetrators of electoral violence was the UK’s visa policy and they determine who travels to the country.

The British High Commissioner to Nigeria, Catriona Laing, stated this while speaking at an orientation programme for people with disability seeking Chevening scholarship opportunities in the UK.

“It is our visa policy, the UK, and we can determine who comes to the UK. So, that is a non-sovereign right,” Laing said.

“And all we are saying is that in line with Nigerian policy, that those who commit violence or who incite violence, there may be an implication for that person when they apply for a visa in the UK.

“So, I think it is actually completely consistent with the Nigerian policy. This is our visa policy, but obviously, it is for Nigeria to determine how they deal with these perpetrators in Nigeria.”

Meanwhile, a former Senate President, Bukola Saraki had also asked the US, UK Government to extend its visa ban to electoral officers, security officials and judicial officers who rig elections in Nigeria. 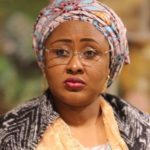 Nigerian Arrested In India With 600 Grams Of Heroin