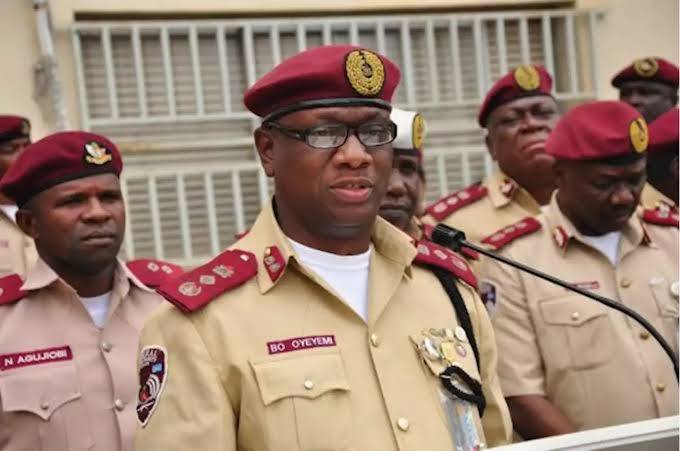 The six officials of the Federal Road Safety Corps (FRSC), who abducted last week in Nasarawa State, have finally regained their freedom.

KanyiDaily had reported how some gunmen had attacked FRSC officials, killing two officers and kidnapping about 10 others at Udege junction, along Mararaban-Udege, Nasarawa State.

According to The Nation, the six FRSC officials who were recently released from their abductors, said that no security agency rescued them. They also said that each of them paid N6m to the kidnappers before they were freed.

This is contrary to a statement by the Police spokesman, Ramham Nansel, who said no ramson was paid for their release.

“They were rescued by the security agencies comprising police and soldiers supported by vigilante groups and hunters,” he said.

However, one of the abducted FRSC Officials, who spoke on condition of anonymity to BBC Hausa Service, said the police lied.

“What the police are saying is a big lie, there is no element of truth in it, the kidnappers established contact with our relatives, the money was withdrawn in Nasarawa town.

“They instructed that only the driver should come with the money; when the driver brought the money, they kept us aside and counted it to ensure it was complete, but because it was getting dark, they did not finish and asked the driver to go with us while they also proceeded into the bush shooting in the air,” one of them said.

Another victim whose leg was amputated as a result of the gunshot from the incident said, “We paid ransom through our relatives before we were released; some paid N5m, others N6m.”

KanyiDaily had also reported how a 33-year-old DSS operative, Sadiq Abdullahi Bindawa, was killed by his suspected abductors after receiving the sum of N5 million as ransom from his friends and relatives in Katsina State.