How Oshiomole made us lose Edo State – APC attacks Ex-Chairman 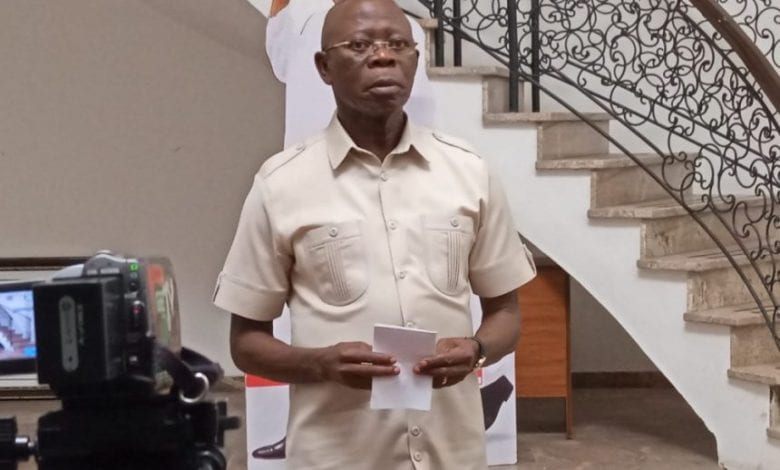 The All Progressives Congress, APC in Edo state has accused its former national chairman, Adams Oshiomhole of making the party lose the state in the just concluded Gubernatorial Elections.

In a statement made available to POLITICS NIGERIA on Wednesday, signed by the chairman of the APC in Edo state, Anselm Ojezua, the party lost because of ‘Irresponsible and Selfish’ leadership. Oshiomhole is the leader of the party in the state.

The statement read in part;

“The election has been generally acclaimed to be peaceful, orderly and transparent. The people of Edo have made their choice in a very clear and unambiguous manner,”

“Our loss at the polls stems from the needless and avoidable crisis foisted on the party by a selfish, insensitive, arrogant and irresponsible leadership,” an open reference to Oshiomhole’s reign as chairman of the APC.

The party admonished Obaseki to be “magnanimous in victory while we urge all those who contested to sheathe their swords and put the elections behind us. We must all close ranks with the government in order to ensure a seamless transition to the final lap of governance in the state without being subjected to any needless distraction and rancour.”

Ize-Iyamu is yet to concede the election to Obaseki.