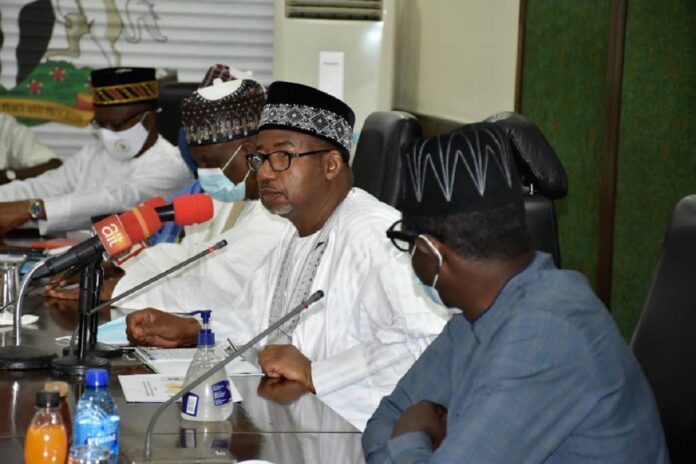 Youth redundancy is one of the numerous challenges Governor Bala Mohammed has inherited from the previous government. This challenge has not only become disturbing to His Excellency but to every right-thinking Bauchi citizen.

As the saying goes, “An idle mind is a devil’s workshop”. Unemployment is said to be the mother of all types of criminalities such as robbery, kidnapping, stealing, indulgence in drugs, rape among others.

In his determination to end the menace of unemployment in the state, Governor  Bala Mohammed has developed some strategies. The Governor had on several occasions met with companies and businessmen within and outside the state.

Recall that Governor Bala had, in the month of August, visited the Nigerian Investment Promotion Commission Headquarters in Abuja. The governor’s visit, according to his Special Assistant on New Media, Lawal Mu’azu Bauchi, was in line with the current administration’s efforts in reviving business sectors and inviting partners to Bauchi State. During the discussion which focused mainly on Bauchi’s investment plans, Governor Bala Mohammed sought for the NIPC’s support in attracting investors to the state.

Furthermore, the Governor has constituted a panel to fish out ghost workers on the payroll of government. The panel recovered N225.5million and 396 ghost workers had been uncovered in both the state and local governments’ payrolls.

The move was, however, opposed by those who are benefitting from the inhumane act and some Bauchi citizens who were not well informed on the rescue mission. This had forced the Governor, who has his people at heart, to organize a media parlay where shocking revelations were made during the exclusive discussion.

The secret behind the verification, according to His Excellency, Governor Bala Mohammed, was to dismiss and punish those behind the ugly act so as to serve as a deterrent to others. He added that it would pave a way for employing youths in the state who have been redundant for over five years.

Furthermore, His Excellency, the Executive Governor Bala Abdulkadir Mohammed had recently signed into law, a bill for the Regulation, Control and Management of Traffic in the state and other matter. Seasoned policymakers are expected to be appointed to man the Agency for the Traffic Management with not less than 200 people to be employed on the commencement of operations.

With these developments, we can boldly say Governor Bala means business, and he is ready to eradicate unemployment and poverty as well as insecurity bedeviling Bauchi state.