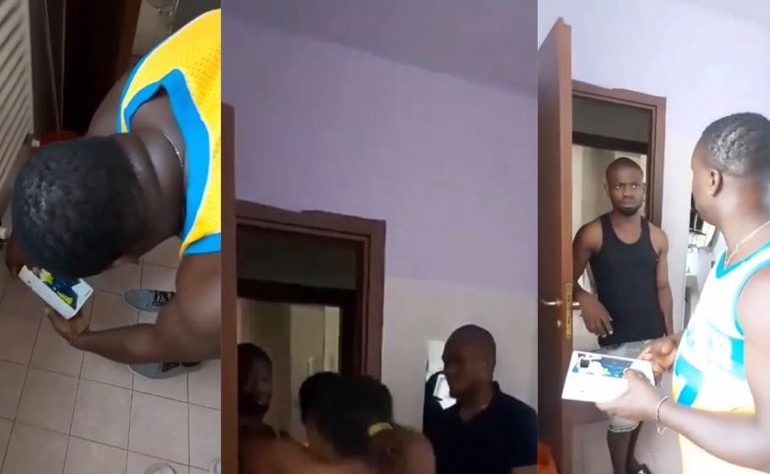 A video has emerged online showing the moment a Nigerian man caught his best friend recording his wife’s nakedness while she was in the bathroom.

In the video, the man entered his bathroom and saw a strange box on the floor. He opened the box and found it was a phone which belonged to his best friend whom he gave a room to stay.

When the friend was called to answer questions on his wicked move, he denied ever being the one who placed the phone there.

After being pressurized during confrontation, th friend finally agreed to be the owner of the phone but quickly stated that he wasn’t recording the woman.

The confrontation made the wife furious over her husband soft way of handling the matter. Watch the video below;

KanyiDaily had also reported how a Nigerian man committed suicide after the lady he allegedly sponsored through higher institution prepares to marry his best friend.