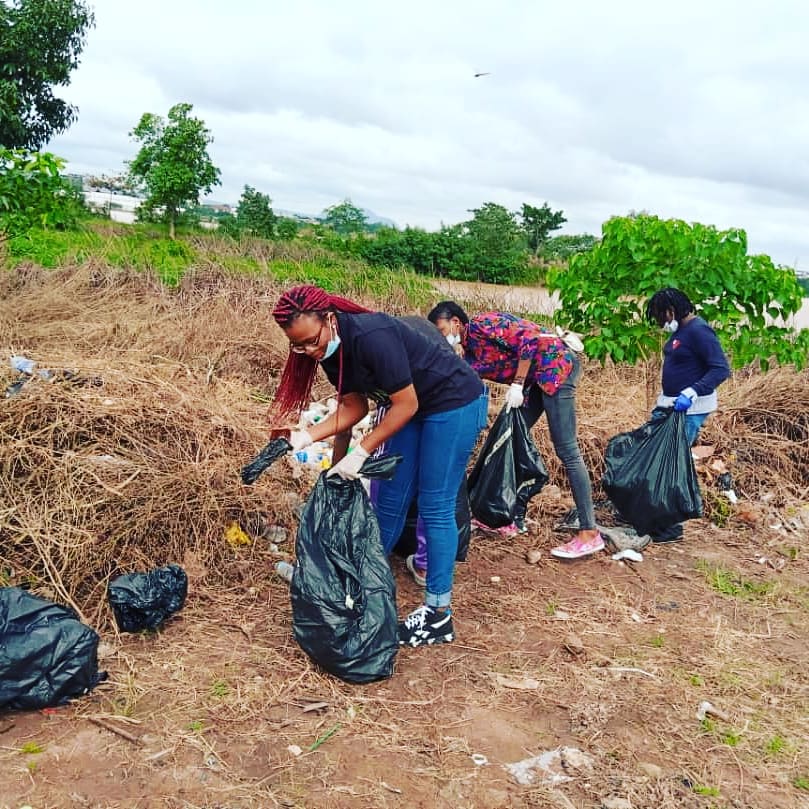 Founder of Sustain Recycle, Olatorera Dickson-Amusa has identified indiscriminate dumping of refuse as a major cause of flood, urging the Government at all levels to tackle the ugly act.

Dickson-Amusa, who is a youth Activist and Sustainable Development Goals teacher, revealed this to Breaking Times during an interview at Jabi Park.

Dickson-Amusa said she had mobilized and brought her team to the famous Abuja Park, which features a massive lake, for a voluntary Cleanup session.

Noting that the best way authorities can tackle indiscriminate dumping of refuse to manage flooding in the country is by educating citizens, because many are as yet unaware of the consequences.

Miss Dickson-Amusa who applauded the Federal Government’s plans to phase out plastic in the country, said the move is a call in the right direction, noting that plastic is among the more dangerous items used by Nigerians due to it’s toxic nature, adding that plastics are non degradable.

According to her, most drainage blockages are caused by plastic and the indiscriminate dumping of refuse.

In turning waste to wealth, Miss Dickson-Amusa opined that waste is virtually a barely tapped source of income, as both government and individuals can benefit from its potentials.

“Plastics are harmful to the environment in the long run, but when recycled, they can be reused, creating household items, tiles, even houses. When sold, plastics have high income earning potential, added to the fact that by so doing we are helping the environment.

On the idea behind Sustain Recycle, she said the organization was founded this year.
“Our mandate is to teach, with focus on the youth, because they are the future and the most impressionable. We mix theory with a practical approach by teaching and organizing programmes. Just like what we are doing today to make sure that ensure the message of Sustainable Development Goals are passed across.

“Nobody is bankrolling us for now though we are hoping to get lots of sponsors, as we are not a governmental organization, rather a private, youth driven initiative.

“For now we are based in Abuja though have carried out such programme – Clean-up in Niger State recently, but our plan is to spread to 36 states of the federation.”