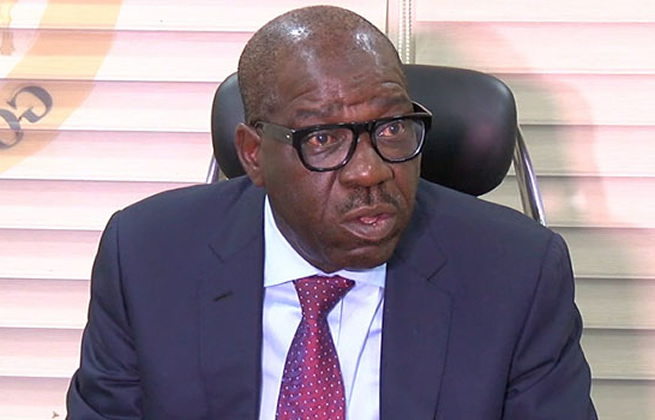 BREAKING: ‘Your position in APC is not Constitutional’ – Obaseki Tells Tinubu

Obaseki, who appeared on Arise TV news on Tuesday morning disclosed that he was surprised when he heard learnt that ‘someone’ was being referred to as party leader.

“Tinubu and Oshiomhole are not constitutional actors. I was surprised when I was in the APC, that someone was described as party leader. It is out of respect, but it does not give constitutional roles”.

“They try to overlord themselves over people that have constitutional authority.” he said.

Obaseki went further to state that both politicians constitute a threat to Nigeria’s Democracy.