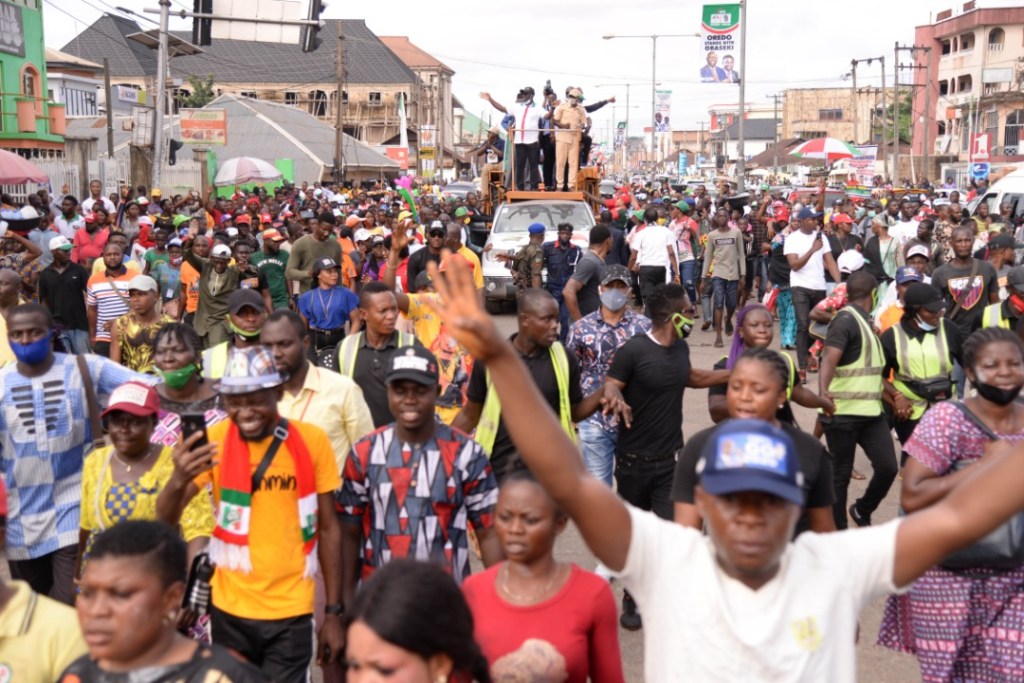 Supporters of the Edo State Governor and Governor-elect, Mr. Godwin Obaseki, yesterday took their victory dance to the streets of Benin City and other parts of the state following the triumph of the governor in the just concluded gubernatorial poll.

The supporters, which comprised of youths, men and women sang and danced to the campaign theme songs.

Another group was seen proceeding to the Government House in the Government Reservation Area, where they joined the governor, his deputy, Rt. Hon. Comrade Philip Shaibu, the First Lady, Mrs. Betsy Obaseki and other government officials as well as leaders of the Peoples Democratic Party (PDP), in an outdoor party.

The colourful carnival-like victory party, lit up the mood of residents in the state.

According to reports, similar self-sponsored parties were ongoing in other parts of the state as of the time this report was filed.