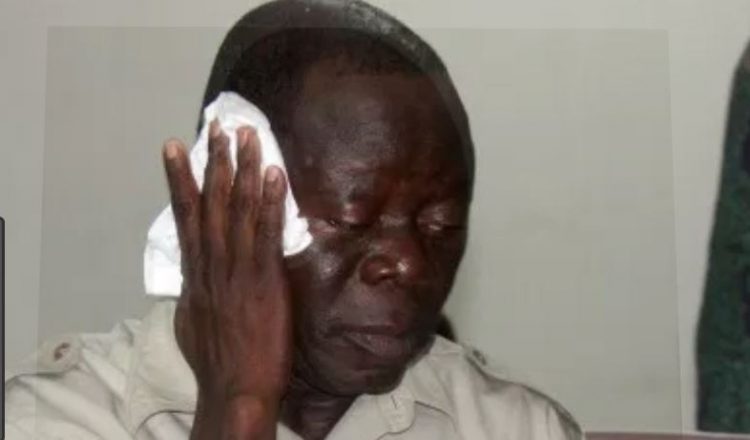 Oshiomhole: The end of a political colossus (Analysis) 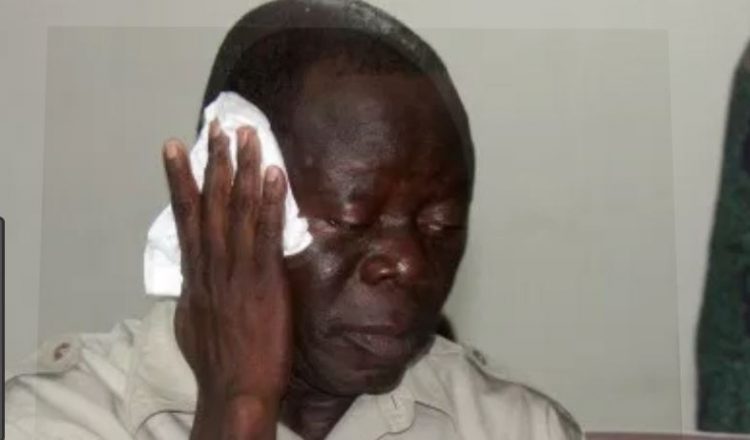 The victory of Governor Godwin Obaseki in the September 19, 2020 governorship poll in Edo State certainly marks the end of Comrade Adams Oshiomhole’s illustrious political career. It is the end of a political colossus, he is ostensibly the architect of his own debacle.

It is nothing but falling from grace to grass in the space of less than two years.  Pastor Osagie Ize-Iyamu, the All Progressives Congress, APC, governorship candidate in the poll, is certainly not the loser, it is Oshiomhole who is the loser. He has been retired politically and will now have to find solace in his Iyamho home.

Two years ago, Oshiomhole was everywhere, he reached the pinnacle of his political career as the National Chairman of the APC, after unseating the former, John Odigie-Oyegun. Before then, he was a two-term governor who excelled and transform Edo State in terms of infrastructure development.

Then he installed his stooge, Obaseki as his successor. Obaseki, who was then Oshiomhole’s economic adviser dedicated his heart to the job, which was why the former governor trusted him. But things fell apart between the duo when Obaseki felt that Oshiomhole wanted to be the godfather of Edo politics and was taking more than he should have taken in terms of appointment from the federal.

The final straw that broke the camel’s neck was when Obaseki, in the dead of the night secretly inaugurated the Edo State House of Assembly with seven lawmakers loyal to him and shut out 14 others loyal to Oshiomhole. From then, it has been dirty and bitter battle between Obaseki and Oshiomhole. Obaseki had always had his ways in the battle between the duo.

Oshiomhole, who felt cheated wanted to show Obaseki that he is still the king of Edo politics and will unseat him. He felt that he could use his office as the then national chairman of APC to hunt him down. He then went for Ize-Iyamu, who was then in the Peoples Democratic Party, PDP, as his joker to outwit Obaseki in a bid to retain his power and toga as the undisputed king of Edo politics. Ize-Iyamu, who contested against Obaseki in 2015 and narrowly lost, left the PDP for APC to challenge Obaseki for the crown. Political pundits had alleged that  Ize-Iyamu won the 2015 poll against Obaseki and was rigged out by Oshiomhole. Oshiomhole felt he could use his popularity as a grassroots man to end Obaseki’s dominance.

The battle against Obaseki cost Oshiomhole his national chairmanship position of the APC. He was dragging the APC down, using the office to fight his dirty war. A very smart Obaseki used his loyalists in Oshiomhole’s wardi to suspend him as member of the APC on allegations of anti-party activities. Oshiomhole had waved off the suspension as nothing until it began to work against him. Series of court cases led to his being sacked as the national chairman of APC by the appeal court.

Before then, Oshiomhole’s National Working Committee, NWC, had disqualified Obaseki from contesting the governorship election over flimsy allegations and upheld Ize-Iyamu as the right consensus candidate of the party. The move made Obaseki to decamp to the PDP to seek his re-election. He was quickly embraced by the PDP and became a potent threat to the APC’s aspiration of retaining Edo State.

President Muhammadu Buhari ended Oshiomhole’s reign as party chairman when he recommended the dissolution of the NWC of the APC and the setting up of an Interim Committee, led by to reconcile aggrieved members of the party who have been angered by Oshiomhole’s inordinate ambition.

Oshiomhole then knew that if his candidate, Ize-Iyamu did not win the Edo governorship election, he is a goner. That was why he put everything he has gotten to ensure that Obaseki is booted out of office to make him still relevant in Edo politics. Thus, the Edo battle was meant to be a face-saving for Oshiomhole. He was everywhere during the campaign, telling Edo people that he made a mistake to have presented Obaseki to them in 2015 and begged for forgiveness.

With Obaseki gaining more sympathy from the public and his campaign slogan hinged on ending ‘godfatherism’ in Edo State, the people bought into his idea. It is not that Obaseki performed creditably well in Edo State than Oshiomhole, but he has gotten the sympathy of the people. Thus, the victory of Obaseki in the September 2020 governorship election was not because he decamped to the PDP, his victory was not aided by the PDP, but it was protest votes against Oshiomhole that gave him the victory.

Thus, the biggest gainer in the Edo election was the PDP. Few months ago, the PDP never thought it could recapture Edo from the APC. The party was in crisis before Obaseki defected. But as luck would have it, Obaseki was forced to decamp by Oshiomhole and the party became a threat.

Also, the intrusion of the National Leader of APC, Asiwaju Bola Tinubu into Edo’s local politics spelt doom for the APC. His inglorious four minutes video in which he asked Edo people to reject Obaseki was seen as attempt by Tinubu to make Edo another of his political base and the spreading of his ‘godfatherism’ base from the Southwest to South South. Tinubu ostensibly contributed to the downfall of the APC in Edo State. Edo people saw him as trying to gain control over them and they resisted. This is because in local politics, locals are always against interference from foreign bodies into their affairs.

It is a lesson for Tinubu, that he should stay in his political base and should desist from meddling in political affairs of other jurisdictions in the country. The ‘Jagaban’ of Lagos politics has been drawing bad blood from Nigerians over his purported ambition for the 2023 presidency. He may have thought that gaining control in Edo State may boost his ambition.

Another reason for APC’s loss in Edo was the party’s choice of Kano State Governor, Abdullahi Ganduje as the choice of the APC National Campaign Council for Edo Governorship Election. Ganduje’s dollar saga disqualified him from holding such position. His choice represented a negativity for the APC. The cliche, ‘Gandollar’ was feasted upon by the PDP during the campaign.

What if Oshiomhole had not use the APC National Chairman office to hunt Obaseki? What if Oshiomhole had not been over-ambitious and had not fallen apart with Obaseki? He would still have remained the party’s chairman and relevant in Edo politics. But for now, Obaseki has retired his once godfather from politics and sent him into political irrelevance. Oshiomhole has lost in all front, he has fallen from grace to grass, he has been silenced and what is next for him? Only time will tell. 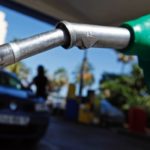 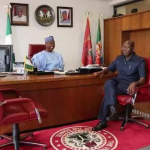 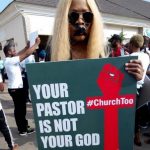 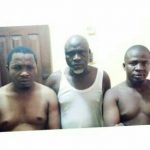