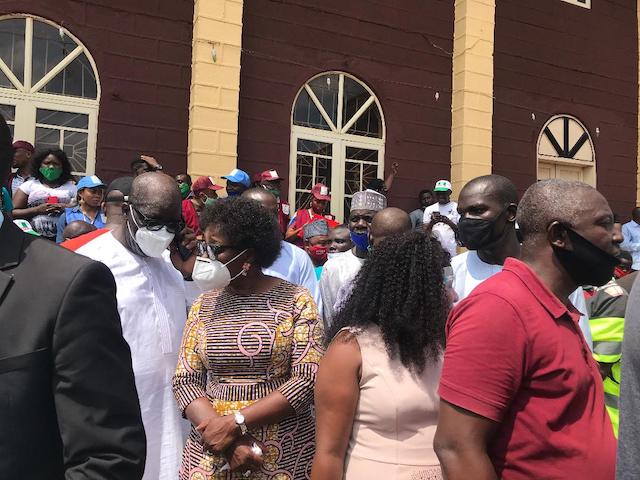 Obaseki and his wife Betsy waiting to vote on Saturday –> 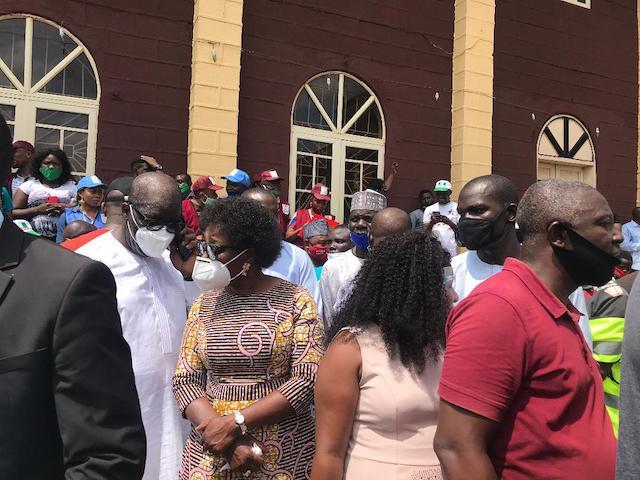 Obaseki and his wife Betsy waiting to vote on Saturday

Crusoe Osagie, special adviser to Governor Godwin Obaseki on media, has alleged that there is a deliberate election manipulation in areas where Obaseki is popular.

“Suddenly card readers are not working in areas where Governor Godwin Obaseki is very popular.

“Voters are being disenfranchised and we are constrained to say that this is sabotage,” he said in a statement.

“Specifically, in Oredo Ward 1, Unit 20 and other places where the Governor is clearly popular, the card readers are not working.

“The Independent National Electoral Commission (INEC) should prove to Edo voters that it can conduct a credible election in Edo State,” he said.

Governor Obaseki too raised a similar concern after he spent about 90 minutes to voting.

Voting will close at 2pm in polling stations, for the counting of ballots to begin.