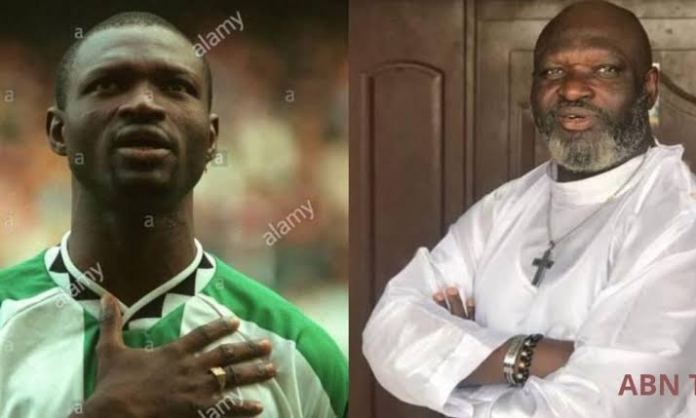 Youth and Sports Development Minister Mr. Sunday Dare has described the death of Former Super Eagles defender Ajibade Babalade as a huge loss to not just his family, but the entire Nigerian Football fraternity.

The Minister said he was shocked and saddened by the news of the demise of the former 3SC defender.

“I received with shock and sadness in my heart the news of the death of one of Nigeria’s most hardworking and dedicated players, Ajibade Babalade who served the country and his profession well,” the Minister said in a statement.

“He played such a prominent role in his active playing days. He was a nightmare to attackers and a Trojan in the heart of the Eagles defence. So sad that he died shortly after the death of another national team player. My thoughts and prayers are with his family and the entire football family. May God grant him eternal peace and console his family.”

Kunde as he was popularly called in his playing days reportedly died of cardiac arrest on Friday September 4th 2020 after he was taken to the hospital in Ibadan.

He was a member of the Bronze winning Super Eagles team to the 1992 Nations cup in Senegal. He played for 3SC of Ibadan, Stationery Stores of Lagos, Iwuayanwun Nationale of Owerri, Africa Sports of Cote de’ Ivoire, Strum Graz of Austria among other clubs. He was aged 48.