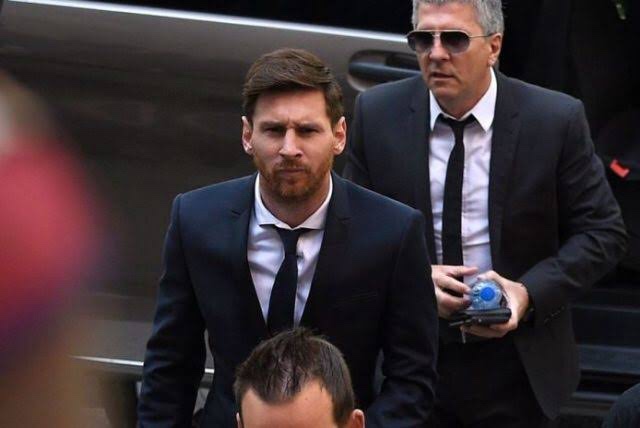 BREAKING: Finally, relief for Barcelona fans as Lionel Messi could remain at Camp Nou after showdown talks with his father

Barcelona fans have been embroiled with distress after the news of their talismanic captain’s intention to call it quit with the Catalan club recently.

The development which rattled many while generating series of reactions around the football world has seen Lionel Messi’s father and agent, Jorge Messi arrive Camp Nou earlier this week for showdown talks with the Blaugrana board.

The discussion which entered day two on Thursday after a Wednesday deadlock has seen Jorge Messi hinted that a compromise is being reached at Barcelona which allows his son to remain at Camp Nou until the summer of 2021 National Daily can confirm.

The above no doubt will come as a relief at least for now, for the Barcelona fans who have long wished and protested against the departure of their megastar captain.

Though there have diverse earlier reports that suggested that Lionel Messi’s representative, Jorge Messi has told reporters upon touching down that he did not “know anything” when it comes to his son’s future, while other further reports claimed that the older Messi had insisted that his son needs Barcelona exit.

Lionel Messi who has spent his entire senior football career with Barcelona has no doubt enjoyed some sizzling moments with handful of records that are mostly unmatched at date is aware that he is gradually approaching the twilight of his football playing days and desires to make the best of the moment.

Meanwhile, the six-time Ballon d’Or award winner appeared to have finally grown disillusioned with the activities at Camp Nou especially as the Spanish giants are gradually losing their competitive prowess both domestically and continentally thus, opening his exit doors.

However, the Barcelona fans’ relief hits its climax when Jorge Messi speaking to Mediaset maintained that talks with Barcelona went “well”, with a chance that an agreement which allows everyone to remain in their current surroundings can be reached.

National Daily further gathered that Jorge Messi replied “yes” when he was quizzed on whether his son Lionel could remain with the Blaugrana until the end of his current contract in 2021.

Expectedly, Barcelona will hope that every unwelcome transfer can be avoided at this stage, which will eventually give them time to work on the possibility of convincing their captain to jettison any plan jumping ship.