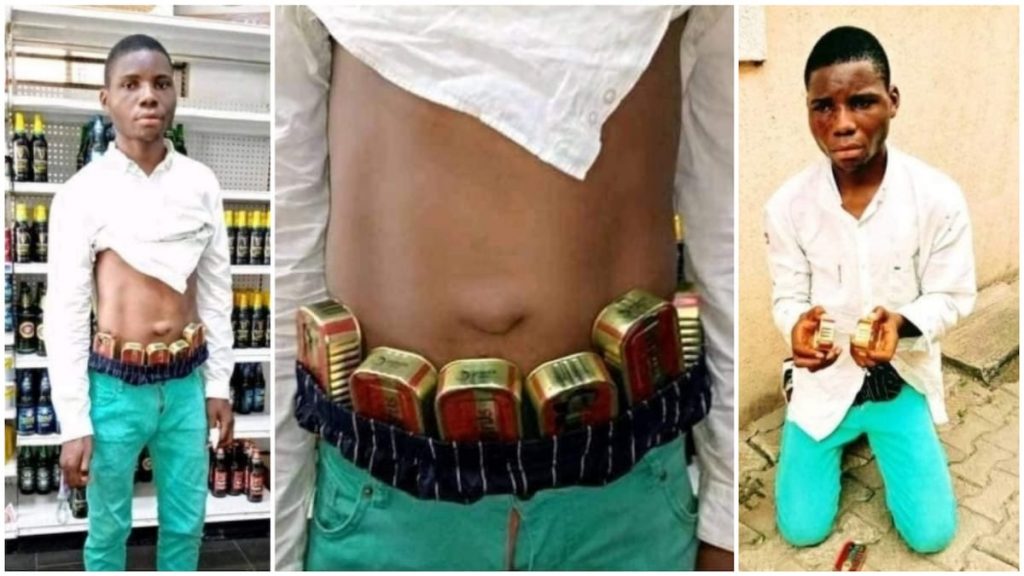 A young man was caught red-handed he tried to get away with almost a dozen canned fish which he allegedly stole from a supermarket in Lagos State. 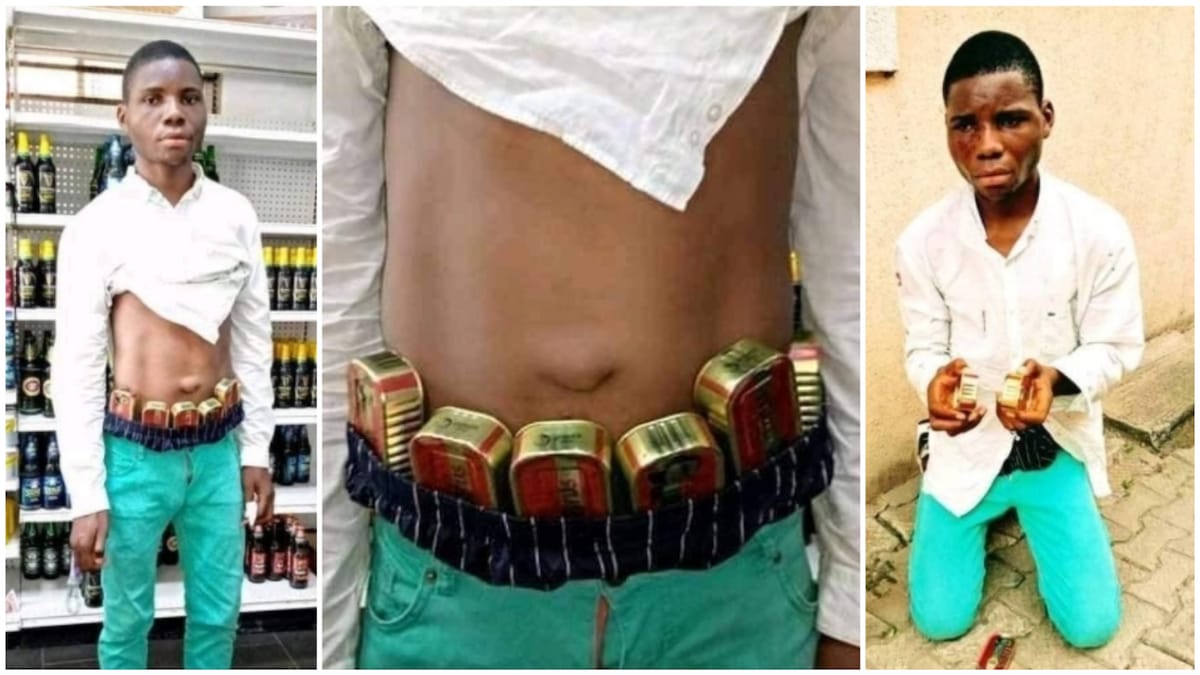 A Facebook user, Segun Availeth Oyedele, who shared the story, revealed that the boy had entered the supermarket pretending to buy some items.

Despite not buying anything, the shop attendant noticed that the supposed customer’s waistline grew bigger after he got into the supermarket.

He was soon discovered with a waist full of canned sardine fish inside his underwear. Photos shared shows the young man on his knees pleading.

“He visited a supermarket with a tiny waist, after strolling round the supermarket looking for what to lift, his waist grew bigger, then the attendant was inquisitive to know what vitamin he must have taken in the supermarket that resulted to the waist boosting, only for them to discover it was an artificial waist floated by sardines,” Segun wrote. 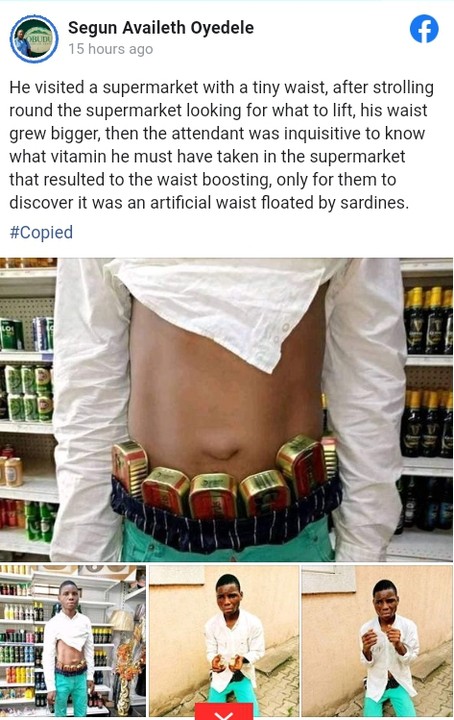 KanyiDaily had also reported how Two women were caught red-handed stealing clothing items from a boutique and hiding them under their underwears in Abuja.