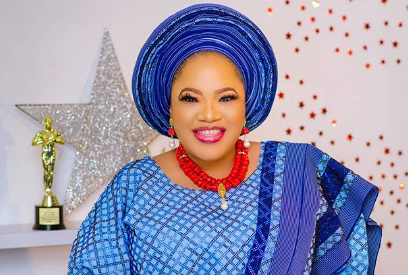 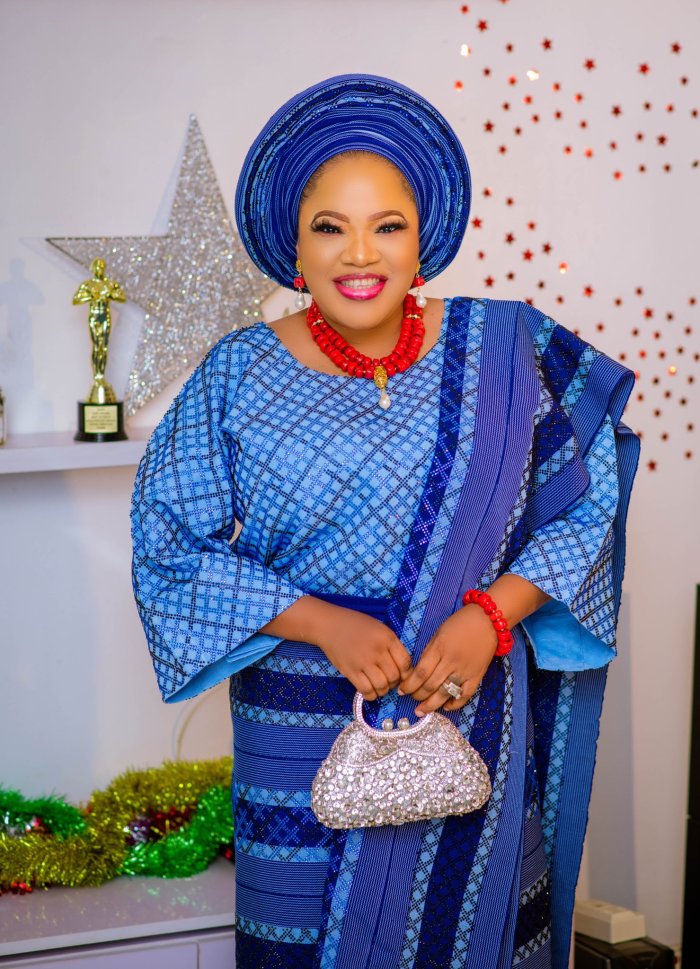 Popular Nollywood actress and producer, Toyin Abraham has unveiled some gorgeous pictures prior to her birthday on September 5.

The mother of one who will be 38-year-old in few days sent social media into a frenzy with her choice of outfit and colour.

Dressed like a Yoruba woman, the movie star was seen wearing with her lovely and adorable blue native attire popularly known as ‘asooke’.

Toyin also used the opportunity to wish her fans a happy new month.

Over the years, Toyin has produced, directed, and featured in several Nigerian films, such as Alani Baba Labake and Ebimi ni, Alakada.