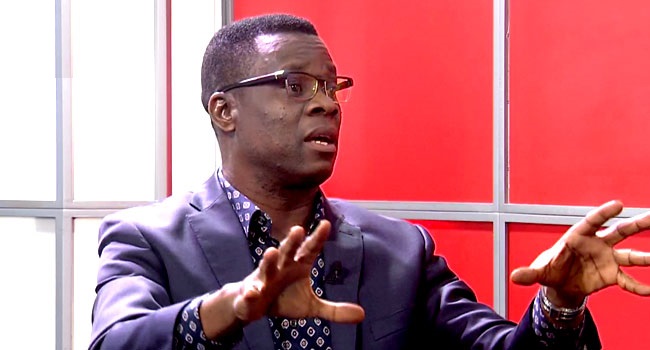 The Resident Electoral Commissioner (REC) of the Independent National Electoral Commission (INEC) in Akwa Ibom State, Mike Igini, fell victim to the fireworks of the All Progressives Congress (APC) last Friday as the party raised serious allegations in attempt to dent his image in the preparations for the September 19 governorship election in Edo State. National Daily preliminary investigation shows that Igini does not in anyway reflect the sort of allegations the Edo APC raised against him in his years of election administration as a REC.

APC had on Thursday Igini, INEC REC in Akwa Ibom State of holding ‘midnight’ meeting with Governor Godwin Obaseki to compromise the governorship election in Edo State. The party said that Mike Igini met with Governor Obaseki at his private residence at dawn on Thursday where a deal was purportedly struck to rig the election in the state.

Again, APC last Friday accused Igini of going for a meeting with INEC Commissioners from Abuja at Protea Hotel in Benin City, noting that the INEC National Commissioners from Abuja lodged there. The APC, therefore, accused Igini of connivance with incumbent Governor Godwin Obaseki to rig the September 19 governorship election. The APC alleged that Igini left the meeting with sacks of money and quickened his unapproved recruitment of National Youth Service Corps (NYSC) members traditionally engaged by INEC to serve as presiding officers at polling units.

Igini, however, on Channels Television debunked the allegations. He explained that he had traveled by road on a long journey to Benin City, Edo State; and was tired on arriving the city. The INEC REC said that he only went to the said hotel to eat. Besides, on arriving the hotel, he met APC members, among whom is Prince Kazeem Afegbua.

Mike Igini also said that APC lied in saying that he drove to the hotel, adding that he did not drive himself but his driver.

However, National Daily investigations further showed that Igini has very strong background in human rights activism and advocacy for justice and equity. He does not compromise social standards and does not submit to corruption.

Igini in the 2019 general elections resisted inducement and overtures to rig the elections in Akwa Ibom State. He was precise with figures and did not allow alterations.

Indeed, Igini received more fires and attacks in Akwa Ibom, essentially, towards the conduct of the rerun senatorial election in the state. In all these, President Muhammadu Buhari understood the political tricks, simulation, and propaganda war. The President ignored pressures to remove Igini from Akwa Ibom state as demanded by APC leaders in the state.

In fact, certain actors in Akwa Ibom State disclosed how Igini used technology installed in the state before the general elections by Governor Udom Emmanuel to monitor electoral processes live across the state from his office. The actors revealed that the Secretary to the State Government had contracted some information technology experts in Israel to install the surveillance facilities one year before the elections. The technology was said to have further assisted in monitoring the security situation on election days which culminated in the arrest of a gang with their arms Akwa ibom State during the election period by the Police.

Apparently, there are indications that the accusers of Igini may fear his resolute stance on election transparency, fairness and free. He is a man very difficult to influence or induce with money.  The phobia that Igini will not accept money to allow politicians tinker with the electoral process and results to their advantage could account for the caustic and sarcastic attack on Igini by the APC leaders in Edo. Indeed, the ploy could be to discredit Igini and intimidate INEC from deploying the REC from Akwa Ibom to be part of the supervisory REC for the Edo governorship election.

APC had requested the INEC to investigate and sanction Igini and carry out a ‘cleansing exercise’ to purge its rank of compromised officers.

The attack on Igini reflected an indirect use of the federal might at the behest of the APC for the Edo election.