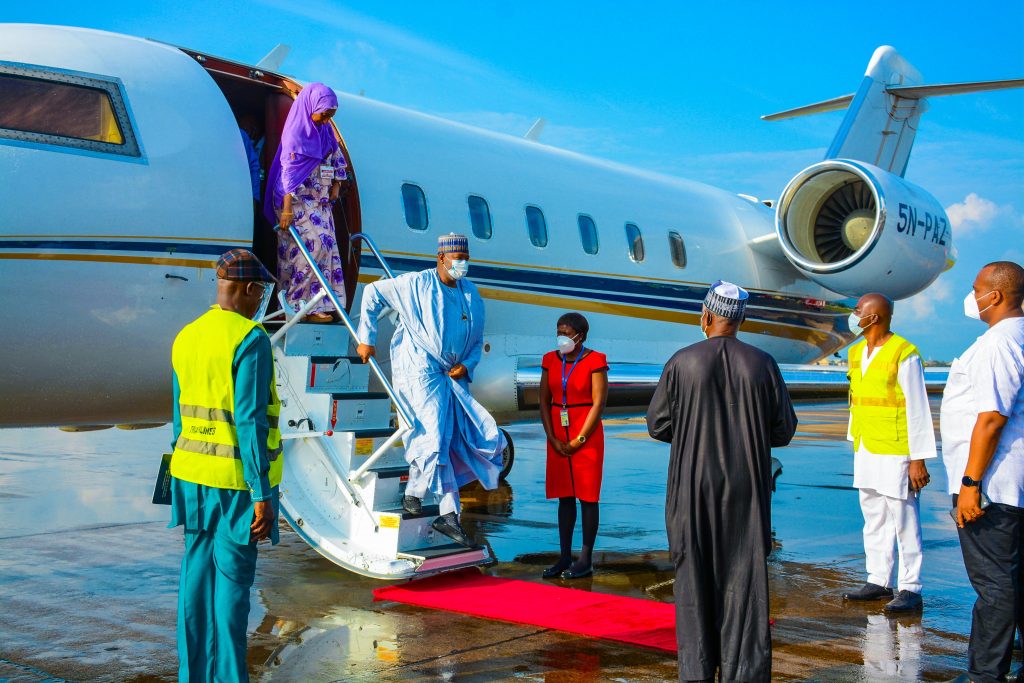 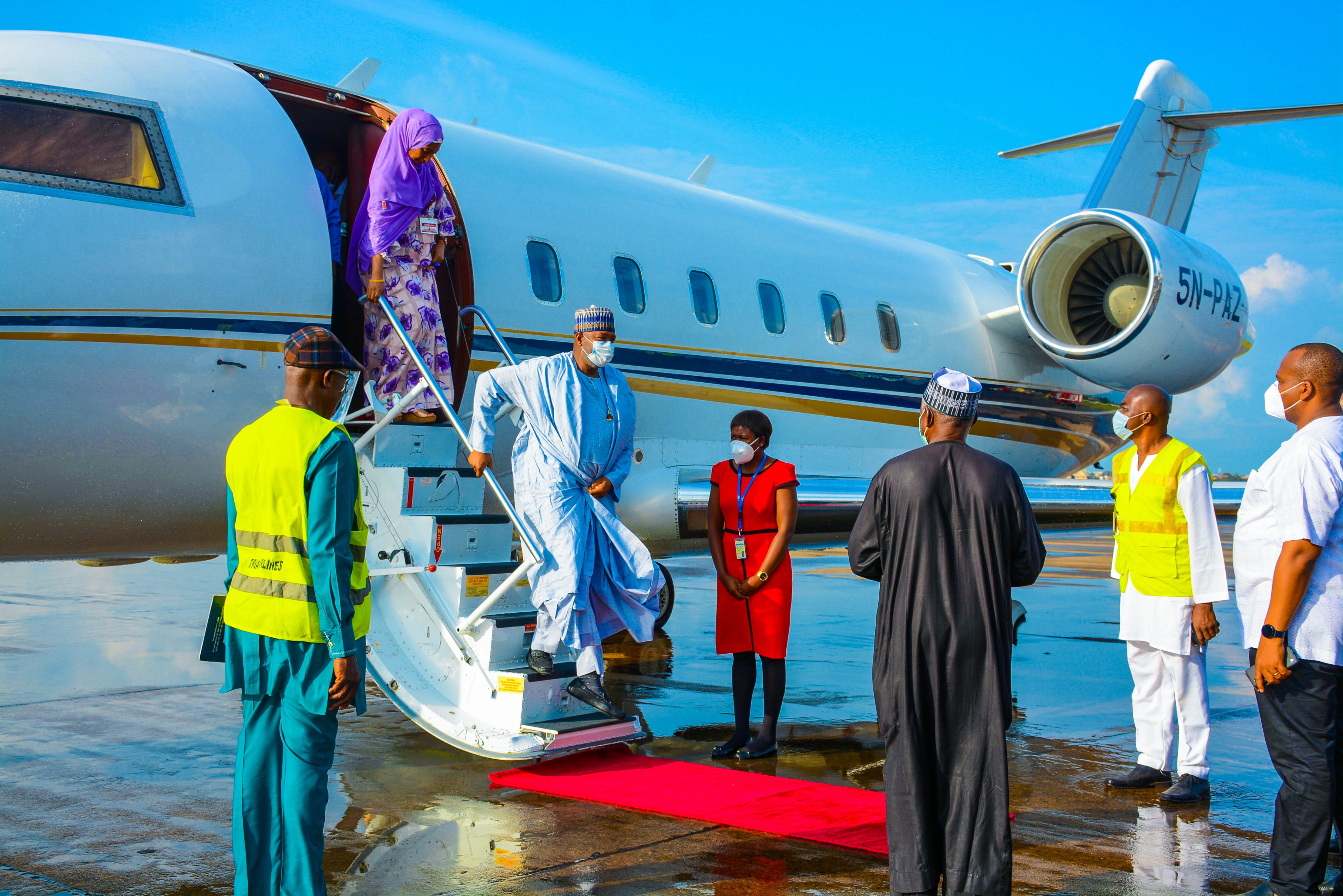 The plane lands in Enugu airport

The Sun News reports that after closing for a little over a year (370 days), the Akanu Ibiam International Airport, Enugu on Saturday came alive as the Minister of Aviation, Mr Hadi Sirika, and his entourage landed on the runway onboard a private jet ahead of the reopening ceremony on Sunday, August 30.

The landing was also part of the final test run protocols prior to the formal resumption of flights.

Sirika, his aides and top Ministry officials relocated to Enugu State last Thursday to monitor the finishing touches being done by the contractors handling the runway reconstruction and installation of facilities at the airport.

It was also to ensure that nothing stands in the way of the planned reopening.

‘There have been apprehensions about the possibility of the resumption of flights at the airport as planned, as a result of the recent unwarranted and ill-advised pulling down of about two kilometres stretch of the perimeter fence of the airport by an individual claiming ownership of the land on which the fence was raised”, Spokesman of the Aviation Minister,’ Dr James Odaudu noted. 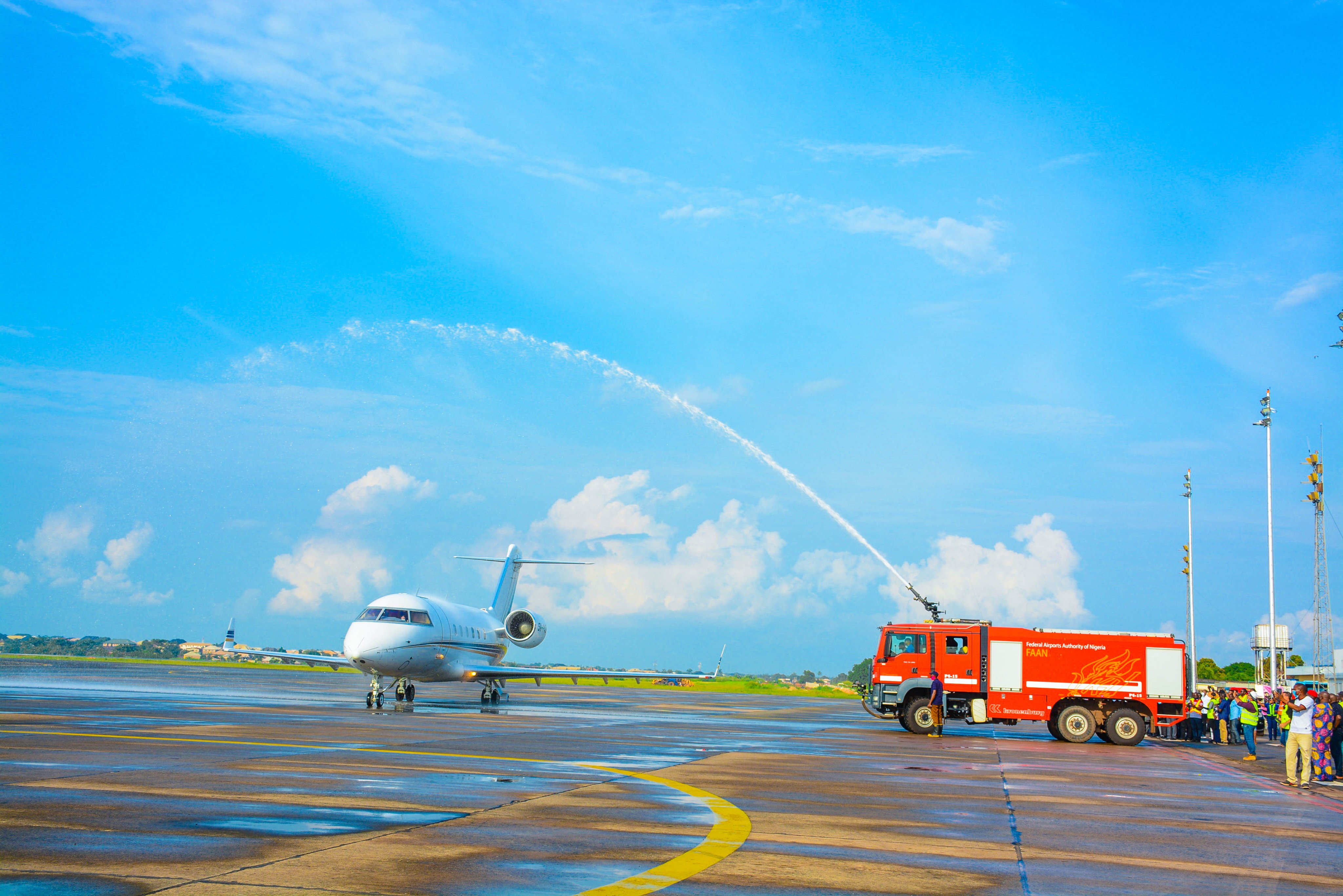 He added that the Minister has assured the public that everything possible was being done to ensure that the South-East region, the major beneficiaries of the project, begins to enjoy flight operations at the airport from Sunday.

Odaudu added that Sirika commended the Governors of the South-East States, particularly Governor Ifeanyi Ugwuanyi of Enugu State,  for teaming up with the Ministry to ensure a successful return of activities at the airport.

Sirika, at the earlier rehabilitation of the runway of the Nnamdi Azikiwe International Airport Abuja, had similarly relocated to Kaduna for a number of days to ensure a seamless operation of flights at the Kaduna airport which then served as an alternate to the shut Abuja airport.

The Akanu Ibiam International Airport, Enugu was shut down on August 2019 to enable the Federal Government reconstruct the runway which had become so dilapidated that aviation experts described it as a huge threat to safety.