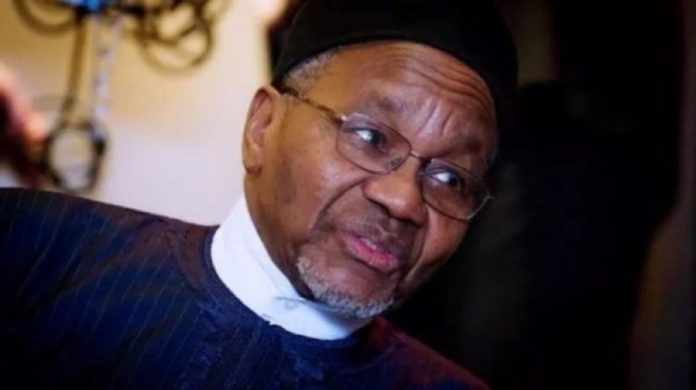 When on the 19th August 2020, Omoyele Sowore, AAC Presidential candidate in the 2019 election, via his platform, saharareporters.com came out with a sensational report, captioned: “President Buhari’s Powerful Nephew Mamman Daura Flown To UK For Urgent Medical Treatment”; many mainstream media and online newspapers thereafter virtually quoted Sowore’s saharareporters in reporting on Mamman Daura. The opening chapter in the report exposed the intention of Sowore, it read: “Daura, 80, was said to have been flown in a private jet to the UK on Wednesday (today) after exhibiting respiratory difficulties with symptoms similar to Coronavirus since last Friday”—.

Before now, I have been wondering why other media outfits in Abuja failed to report the UK trip of Daura in their own way. After all, the Nnamdi Azikiwe International Airport play host to many reports, representing many media houses. Does it mean no Nigerian media saw Daura been “Flown To UK”?  The probable reason they, media, didn’t report Daura’s journey was that there was no urgency in it to warrant reporting. To this writer, that only saharareporters reported the purported “Urgent Medical Treatment” of Mamman Daura in Nigeria littered with many responsible news outlets, shows that indeed, Sowore’s saharareporters is  a fake and hate news purveyor.

In juxtaposing the reaction of a close aide and friend of Mamman Daura, Aminu Balele Kurfi’s statement on August 20, 2020, while reacting to Sowore’s report in saharareporters, one can see clearly why media outfits in Nigeria did not report Mamman Daura’s London trip. Speaking to Premiumtimes on Wednesday evening, Mr Kurfi said “the whole world saw Mallam Mamman Daura without any sign of illness on Tuesday when he attended the funeral prayer for late journalist, Wada Maida. ”He also said Mr Daura often travels for medical checks with his long-term doctors based in the United Kingdom. “I was one of those who saw him off at the Airport and he called me when they landed in London this evening (yesterday),” He described reports of serious illness as inaccurate. “At 80 years it is natural that he will from time to time undertake medical checks,” Mr Kurfi said. He added that as a free citizen, Mr Daura is free to seek medical services or opinion anywhere. “If he were sick and the sickness is COVID-19, do you think UK authorities will allow him to travel there at this time?” he asked.

The origin of Sowore’s base attack on President Muhammadu Buhari and close family members stem from the disappointment he got from his sponsor(s) in the 2019 Presidential election. They promised to make him a minister representing Ondo State. When it became apparent to him that he had been used and dumped, he started his blackmail. In order to calm him down, his paymasters crafted another project for him, #REVOLUTIONNOW. The story they told him was that President Buhari was against his ministerial appointment, so, to get back at the President, the new project will be used to make the country ungovernable. The rest of what happened to Swore and his new project is now history.

It could be recalled that Omoyele Sowore was the presidential candidate of African Action Congress (AAC). He stood for election in 2019 presidential election and expectedly lost woefully. Barely five months into President Buhari’s second term in office, Sowore came up with #REVOLUTIONNOW. The reason he gave for his destabilization project was that Buhari has failed Nigerians. But the same Sowore took part in the election that saw the incumbent President winning for a second term. Rational Nigerians had expected that he would have approached the tribunal to upturn Buhari’s election, just as the President’s main challenger in the election, Atiku Abubakar, had attempted. Among the reasons Sowore gave for the formation of his movement was rigged election. If he believed the election was not credible, isn’t the court the appropriate place to go? If Sowore had not formed a political party with a view to winning the 2019 presidential election, and had gone ahead with his revolution movement project before the general election; perhaps the movement would have gained currency in Nigeria. So, it is safe to say that he was sponsored by some faceless elements to destabilize the country.

On the issue of zoning the presidential seat to the south west, Balele Kurfi also said Daura is being targeted by a section of the media for freely expressing his opinion regarding the 2023 election, according to premiumtimes. It could be recalled that Daura had on July 28, 2020 BBC interview urged Nigerians to deemphasize the rotation of the nation’s presidential office between the north and south/West of the country. He said the country should rather place competence over power rotation. Could Sowore be expressing anger towards Daura for democratically expressing his view? Could it also be that Sowore particularly annoyed with Daura because he wants to take advantage of APC’s zoning to contest for presidency through the platform of AAC?

To this writer, Sowore’s latest hate and fake news targeting Mamman Daura, was a commissioned hatchet job. Now, relating Balele Kurfi’s view that Daura was being targeted because of his position on zoning in APC, presumably, with Sowore’s base attack, a politically minded Nigerians may see hand of Essue and voice of Jacob. Hear Balele according to premiumtimes: –“What is wrong in advising that Nigerians should go for competence and not necessarily where one comes from in electing leaders? “There are competent leaders in all the regions of the country and democracy has now developed to a situation whereby anyone being elected must be on the basis of what they have to offer and not where they come from,” Mr Kurfi said. He said some of the people “trying to bring down the government by advocating for a revolution were on the ballot during the last election but could not win their state, local government, ward or even polling unit, so they are now resorting to call for violence. Can they be allowed to do that in any other country?”—

There is no doubt that these hate and fake news from Sowore, was heavily paid for by those who attempted to undemocratically use Adams Oshiomolhe-led APC leadership to position for 2013 presidency. I don’t think Sowore would have been commissioned to write this base report on Mamman Daura if Oshiomolhe was allowed to turn APC to one man business. Those criticizing Daura’s presume call for jettisoning of zoning in APC, for competence; should ask themselves, would Daura have made the call if Oshiomolhe and Co, had destroyed internal democracy in APC by imposing their will on the party?

Wrote in from Abuja