Members of the congress and board of the Athletics Federation of Nigeria (AFN) say they are flabbergasted by reports that the constitution of the Federation approved at its congress in November 2017 has been amended without their knowledge and approval.

Also Read: ‘I Have Taken A Big Leap’ – Osimhen Ready For New Challenge At Napoli

Samuel Fatunla, chairman of Ekiti State Athletics Association says reports of the purported amendment is a joke carried too far.

“The AFN constitution that was adopted in 2017 made it clear that member state associations must receive any proposal for the amendment of the constitution at least three months before the congress where the amendment is scheduled to hold. I am the chairman of Ekiti State Athletics Association, a member federation of the AFN and I want to categorically state that I did not receive any proposal for the amendment,”said one of the two Nigerian track and field statisticians recognised by the international body of statisticians.

”The only correspondence I got was the notice for the congress in Awka but didn’t attend because it ran foul of the provisions of the AFN constitution which stipulated a 60-day notice before a congress could be convened,” added Fatunla.

Members of the board of the AFN as well as the secretariat of the federation are all unaware of the amendment which Gusau revealed in his memo of August 7, 2020.

‘This is news to us,” said Maria Worphil, Professor Emmanuel Ojeme, Himma Charles, ex-internationals Rosa Collins and Brown Ebewele and Olympians, Gabriel Okon and Tafida Gadzama, are all members of the board of the federation.

“If there is going to be any amendment to the constitution, the board of the AFN will first discuss it before our recommendations are passed down to member state associations through the Secretary General of the federation. The AFN constitution is clear on this.

”Article 10.1.3 also clarifies thus: All proposals as well as recommendations of the council related to such proposal shall be sent to member state associations by the Secrertary General at least three (3) months prior to the congress. This provision has not been complied with and what transpired in Awka where the so called congress was held was a sham,” added Mrs Worphil, a
former member of World Athletics Women’s Commission.

A top official at the secretariat of the AFN confirmed to our correspondent that the AFN neither received a proposal for an amendment to the constitution nor the board met to discuss any such proposal.

“At all the board meetings held in 2019, the issue of amendment of the 2017 AFN constitution never came up; it was neither mentioned nor discussed,” he said and referred our correspondent to article 10.1.2 of the AFN constitution. 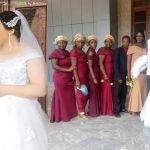 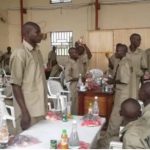