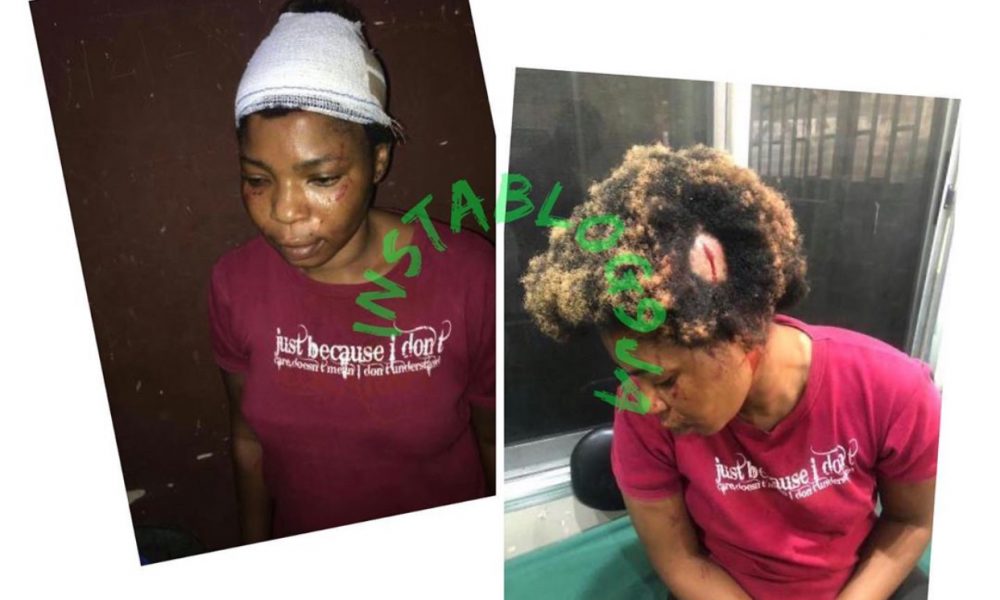 A 38-year-old lady, Yinka Olonode, has allegedly brutalized and stabbed in the head by some suspected Oniru Palace thugs for parking in front of her house at Oniru estate, Victoria Island, Lagos State.

According to a source, the incident happened at her residence, at No. 194 Iru resettlement scheme, on Thursday, August 20, 2020. Her 12-year-old son, as well as her mother, were also allegedly assaulted.

“They had previously been harassing residents regarding parking. These thugs have been extorting residents for parking even in front of their own homes.

Yinka was stabbed in her head, her son was also slapped and his phones taken from him for attempting to record the incidence. Her mum was dragged as they attempted to kidnap her into a vehicle.

All of this because they said it is their right to park freely in front of their homes. A right they have always had until thugs invaded the kingdom.

The new Oniru of Iru land, Oba Lawal was evidently made aware of the violence against residents and several days later, no actions from him and still no justice for Yinka, her family and other residents,” the source alleged.