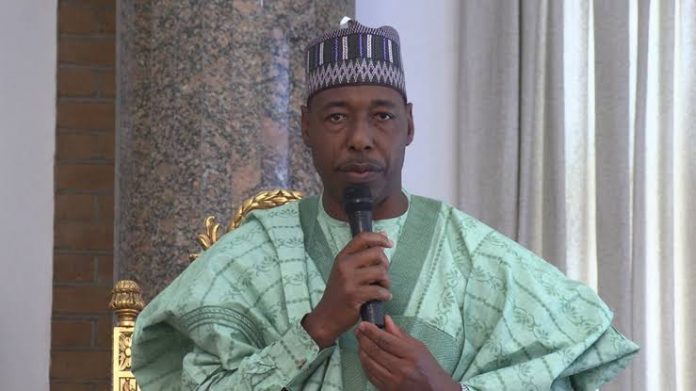 According to the governor, “If the IDPs living in camps could not get what they are looking for, especially the opportunity to go back to their various towns and return to the farm, they may be forced to join the Boko Haram sect.”

Zulum who spoke in an interview with the Hausa Service of the BBC, said, the IDPs are tired and bored of staying in the camps because they were not getting what they really wanted.

According to him, “The sect members are hiding at the Lake Chad area and the Sambisa forest. There will still be a problem unless they are traced to their hiding places. Chasing them away from their headquarters is one of the solutions towards ending the insurgency,” he said.

However, the governor explained that to successfully go into the Lake Chad basin and Sambisa forest, it required the cooperation of the countries that share borders with Nigeria in the area.

On whether the Insurgents still occupy some places in Nigeria, he said, “truly, there is no place under the occupation of Boko Haram. But there are places with no people there. What I mean is that people are yet to return to their places of origin.”

“I swear by Allah, before the coming of Buhari, the security situation in Borno had deteriorated. At that time, 20 local government areas were under Boko Haram. Now, it’s not so.”

Asked when Boko Haram will end, he said there are thousands of people in different IDP camps in the state. “One surest way to end Boko Haram is ensuring a good relationship between the military and civilians.”

“I keep on saying wherever you go, you will see the military and vigilante together. But what I am saying is that the military should provide protection to the civilians to enable them to return home and go back to their farms.”

He said although he did not mention the name, whatever is done to hinder the fight against Boko Haram is an act of sabotage including failure to use money and buy arms.