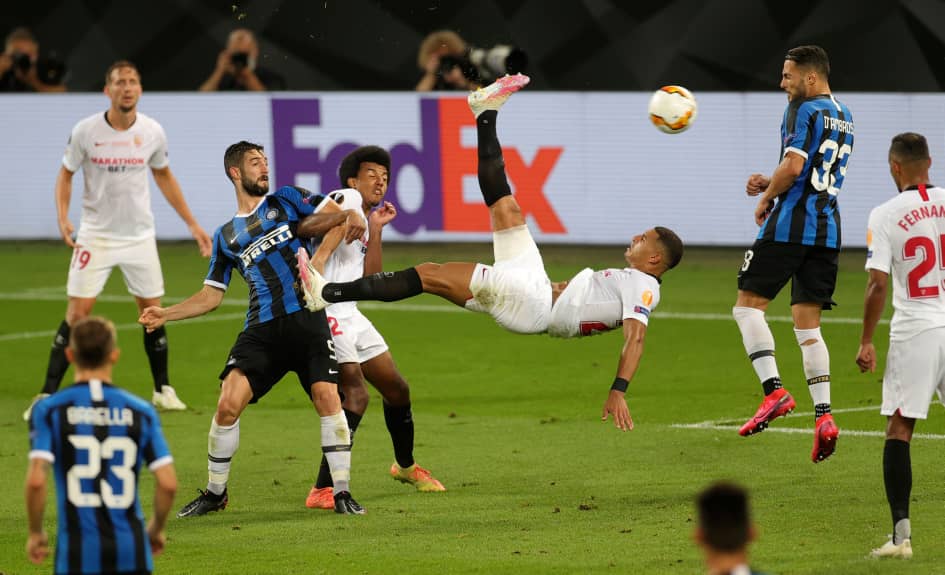 Victor Moses was in action for Inter Milan but could not help them avoid defeat, as they lost 3-2 to Sevilla in the Europa League final in Cologne on Friday night, Completesports.com reports.

Sevilla stretched their record in the Europa League after clinching their sixth title, the most by any club in the competition history.

In the fifth minute Inter took the lead through Romelu Lukaku from the penalty spot after he was brought down clumsily by Diego Carlos.

It was Lukaku’s 34th goal of the season (equal to Ronaldo in 1997-98) and his 11th consecutive Europa League game on target.

Sevilla fought back and were rewarded on 12 minutes thanks to Luuk De Jong who scored with a diving header at the near post off a Jesus Navas’ cross.

In the 33rd minute Sevilla went 2-1 as De Jong was on target again from another header this time from an Ever Banega free kick, as he soared behind Roberto Gagliardini.

Just three minutes after De Jong’s second goal Inter were back on terms at 2-2 with Diego Godin steering Marcelo Brozovic’s free kick into the net at the far post.

The former Atletico Madrid star became only the sixth player in history to score in both a Champions League and Europa League Final.

But with 16 minutes left, Lukaku accidentally redirected a Diego Carlos overhead kick into the net to put Sevilla 3-2 up.

The Belgian is the first player to score an own goal in a UEFA Cup/Europa League final since 2001, when Alaves’ Delfi Geli put past his own goalkeeper in their 5-4 final defeat to Liverpool.

Inter made a triple substitution and it almost paid off on 82 minutes, as Moses first and then Alexis Sanchez tried to prod from six yards, until Jules Kounde cleared off the line.

The Nerazzuri kept piling the pressure but Sevilla held on to claim the record title.