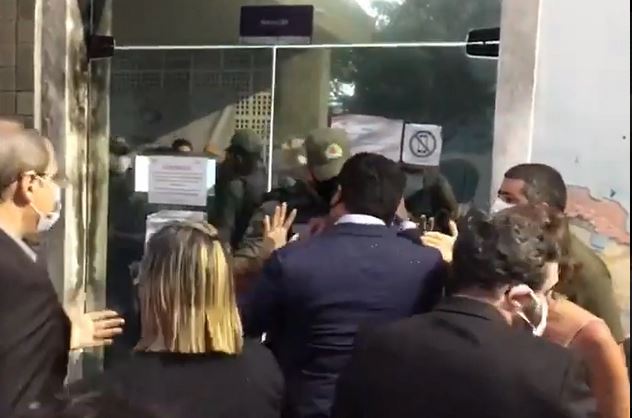 Anti-abortion protesters tried to storm the hospital while the girl was inside – Credit: Facebook

Violence erupted in Brazil after a 10-year-old rape victim was named online by a religious activist trying to stop her having a termination.

After the outrageous post, anti-abortion protesters mobbed outside the hospital where the young girl was due to have the medical procedure.

They branded hospital staff “killers” and tried to storm the building before sparking scuffles and being dispersed by military police.

The girl was smuggled into the hospital in the boot of a car and entered by a side door, say reports.

The BBC states the girl fell pregnant after a sex attack and a suspect was arrested by cops on Wednesday. 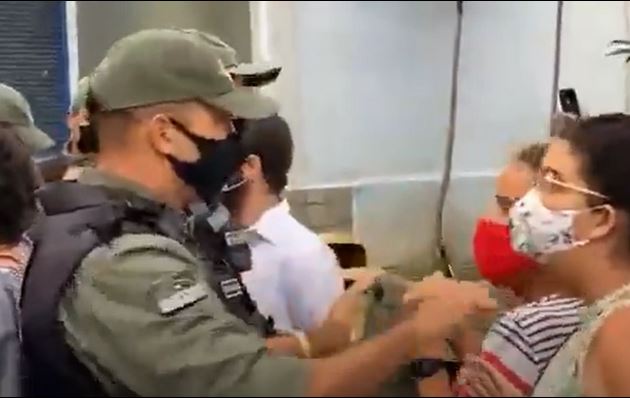 Military police were called in to disperse those gathered outside the clinic – Credit: youtube

The child later told police she had been abused by a relative since she was six and had stayed quiet out of fear.

Some reports say the man in custody is an uncle of the girl, who comes from a small town in the south-eastern state of Espírito Santo in Brazil.

The high-profile case has sparked fury across the country and verbal clashes between pro-choice campaigners and anti-abortion activists.

A judge has since ordered Google, Facebook and Twitter to remove the personal details of the 10-year-old from their sites.

Even though the girl had been given legal permission to have the abortion, activists still tried to stop it being carried out. 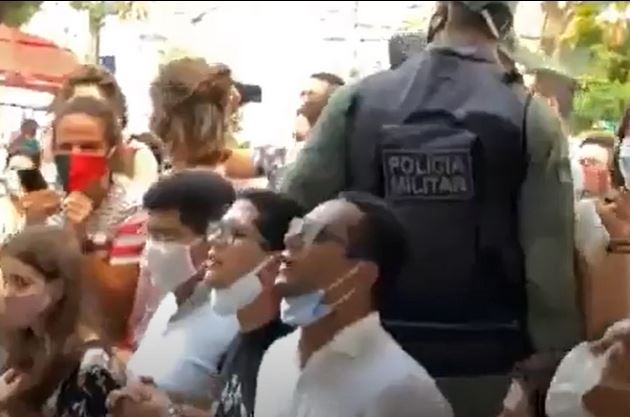 Pro-choice campaigners were quick to stand up for the young schoolgirl.

“According to our figures half a million women must subject themselves to illegal abortions each year…that’s almost one woman per minute.”

In an online video seen by the Guardian, an extremist named the girl and falsely claimed authorities had kidnapped her and chartered a private jet to transport her to the termination.

“This is an extremely serious human rights violation!” she claimed while brandishing a toy doll she alleged was the size of the foetus.

It is not yet known if the activist will face charges for making the name of the girl public.