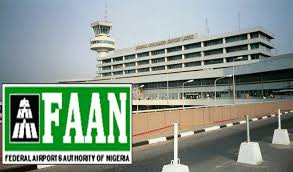 Nigeria has announced August 29, 2020 as the new date for resumption of International flight operations in and out of the country.

Asides from test passengers will have to undergo before boarding flights into Nigeria, the minister also stated that they will undergo another test eight days after arrival in the country.

He said: “What we have become used to – physical distancing, wearing of a mask, washing of hands and temperature checks – will continue.  In the beginning, there will be four flights into Abuja and Lagos daily; we will give further details on that. This is a decision that was taken by the PTF and not that by the Aviation Ministry alone.”

On what is required of passengers, Sirika said: “Very close to your departure dates, you will take a COVID test where you are coming from and then, of course, you would go online to fill the health questionnaire so that you don’t bother yourself filling long forms while you arrive on in the aircraft.

“There will also be a portal that we will open. Prior to your departure, you will pay through that platform for the test to be done here in Nigeria after your arrival. Meaning that, just before you depart, you take a test and when you are negative and not showing any signs of COVID-19, we will board you on the flight.

He also hinted that it has been proven so far that no one has contracted the virus while onboard on aircraft, which is an indication that aircraft are safe.

On the allegation that airport officials collect bribes to pass people for the COVID test, the minister said: “I think it is unfair and I understand that it is something new now. People tend to believe what they read online. The person who claimed that his family paid an airport official ought to have stated the agency official that was paid because there are so many agencies at the airport.

“By giving the bribe also, the person is a culprit. Please, be fair in your judgment. I am not saying there is no corruption; there is corruption everywhere in the world and in every single country. But be factual in your claims or allegations so that we can get the person.