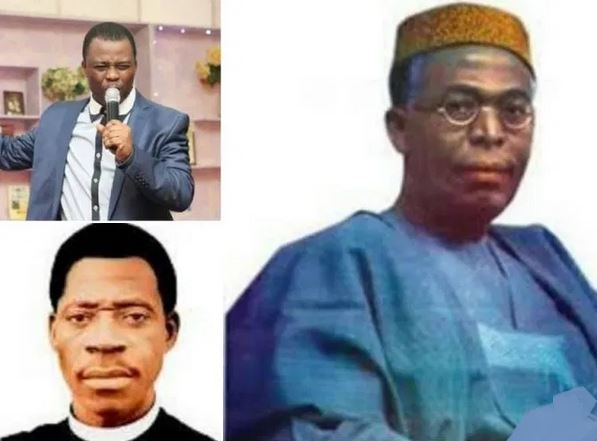 PM News reports that the General Overseer, Mountain of Fire and Miracles Ministries, MFM, Pastor Daniel Olukoya has said that the late Chief Obafemi Awolowo never fulfilled his destiny because he did not give his life to Christ.

He said despite the greatness and exploit of Awolowo on the political scene, he refused to give his life to Christ even when the great Apostle Joseph Ayo Babalola once went to his house.

“Now let me be honest with you as a man of God. By the time the Civil War of Nigeria ended, Ojukwu (Odumegwu) said something. He said, “Nigeria did not fight us, Awo fought us”…Because he was Minister of Finance at that time and Nigeria did not borrow 1 Kobo. Not only that, he gave some advice that made victory possible. Then when he died, Ojukwu now said, this man was ‘the best President Nigeria never had’ and when you say Presidential Debate and you put Awo on TV to be debating with the others, by the time Awo begins to talk, the others look like fools. They look like fools because the knowledge with which he is talking and what he is saying, makes them look like fools.”

Olukoya added: “I had a friend who was in the Executive Military Council during the time of Gowon, the time they brought Awo from prison (Calabar) to become Finance Minister. He said when they brought him to that Executive Council and he sat down and looked at all those soldiers. He said “you want to make me Minister of Finance? Okay, let me give you a short lecture”.

“Then he gave those military boys a short lecture on Primary School Economics. By the time he finished, all those people who were there gave him a round of applause. Simple Primary Economics. Awo was the person that said that anybody who wants to trade with Nigeria, has to be primitive trade by barter. Bring this, I take this. Bring this, I take this. We are not going to be bringing money to go and buy. When you bring, we take. It’s an exchange.

“And when they were going to do Festac’ 77, they asked for Awo’s opinion. Awo said, “This Festac ’77 is a show of our primitivity and that the white man will be quite happy to see us exhibit our primitivity. He said that the money that would be used for Festac ’77 should be spent on technology for education, for things that will move people forward, not going back to the idols that dragged us to where we were, and the man had this uncanny attribute of being right.

“One day they asked him a question on television. They said, “why is it that you don’t take advice from other politicians?”. He said “Advice?, how can I take advice from someone who is busy dancing with free women on the street at night when I’m busy struggling and thinking about how things will go forward?”. That’s Awo. I’ve been to other places in the world. Do you know the President I see that matches Awo in intelligence is Fidel Castro of Cuba. When you see that one too talk, you will know that this man understands what he is talking about.”

According to Olukoya, “The great Apostle, Joseph Babalola went to visit Awo. Awo was not at home, he met his wife (Hannah Dideolu). And he said, “thus saith the Lord, the Lord said he has called me on the spiritual arena and he has called this man on the political arena. For this man to fulfill his calling, he has to surrender his life to Jesus”. Awo never surrendered his life to Jesus till he died and Awo never fulfilled his destiny.

“Can you raise your right hand everybody. Say My Father, every destiny waster assigned to my calling, DIE!”