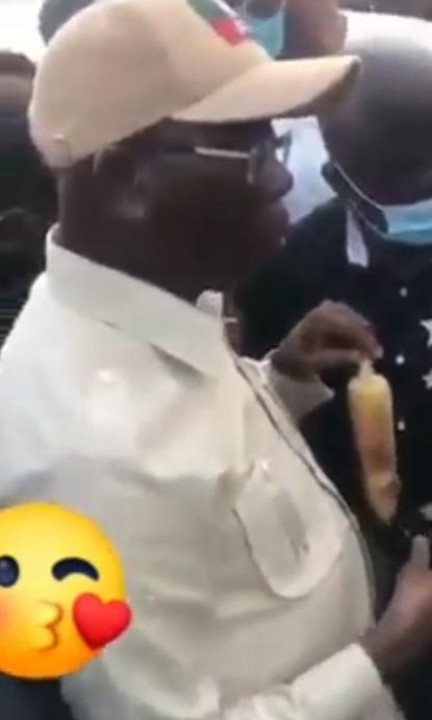 Oshiomhole Buys Roasted Corn By The Roadside, Eats It In Public As People Hail (Video)

Former National Chairman of the All Progressives Congress (APC), Adams Oshiomhole has been spotted eating a roasted-corn he bought from a seller in public.

It is believed the incident happened in Edo state.

This comes as he continues his campaign for the All Progressives Congress governorship candidate in Edo state.

Some members of the public who got close to him on sighting him, hailed him, shouting ‘Osho Baba’, while he ate the corn he bought.

However, the video has been criticized by some section of the public who condemned such political gimmick by politicians in a bid to woo supporters to their side while seeking for votes.

‘This is the nature of politicians in Nigeria who pretend to be down to earth only to disappear after getting the support and votes of the people.’ they noted.