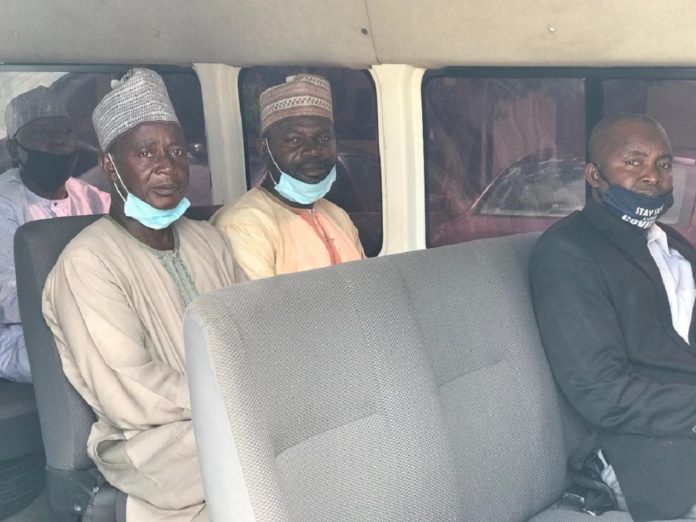 The accused persons allegedly conspired and diverted the sum of N71, 800,000 (Seventy One Million, Eight Hundred Thousand Naira Only), which was meant for the supply of rice and spaghetti to members of National Union of Teachers, Gwarzo Branch, Kano State.

It was further alleged that, the accused persons fraudulently forged award letters addressed to the Managing Director, Muzaimus Imports and Exports Nigeria Limited, in an effort to execute their illicit act.

One of the charge read: “that you Alhaji Musa Saleh, while acting as the coordinator of National Union of Teachers, Gwarzo; Bala Mato, Garba Ado and Shuaibu Mohammed sometime on July 2018, or thereabout at Kano within the jurisdiction of this honourable court, did dishonestly convert to your personal use, the sum of N50,800,000 (Fifty Million Eight Hundred Thousand Naira, Only), value of 4000 bags of Thailand Rice, meant for distribution among the members of National Union of Teachers, Gwarzo Branch, from one Muzaimus Import and Export Limited and thereby committed an offense contrary to section 311 and punishable under section 312 of the Penal Code Law”.

The accused persons pleaded not guilty to the charges, when the charges were read to them.

In view of their pleas, prosecution counsel, Zarami Mohammed, requested the court for a hearing date.

Counsel representing the 2nd accused person, Muratala Almi, applied for bail on behalf of his client.

The Judge ordered that all the sureties must be civil servants not below grade level 12.

He added that the sureties must also swear to an affidavit of means of livelihood and adjourned the matter till August 26, 2020, for commencement of trial.