An Edo-based political pressure group, the Forum for Progressive Governance and Accountability, has expressed worry over the continuous disruption of peace and security in the state by political thugs allegedly hired by Comrade Adams Oshiomhole, the former National Chairman of the All Progressives Congress (APC), Osagie Ize-Iyamu, candidate of the APC in the September 19, 2020 gubernatorial election, and his sponsor, Captain Hosa Wells Okunbo.

Ohunyon Festus Egbenososa, Secretary of the group, who spoke to journalists in Benin City, called on Nigerian Ruler, Muhammadu Buhari and security agencies to checkmate Oshiomhole, Okunbo and Ize-Iyamu in bid to stop further deployment of violence and thuggery in the state.

The group condemned in strong terms, the attack on the governor and guests at the palace of the Oba of Benin by thugs sponsored by the selfish political actors.

The group said: “The actions of Ize-Iyamu and his sponsors have continued to cause violence and palpable fear among residents in the state and they must be stopped.

“It is unacceptable and unimaginable that politicians would want to use violence to achieve their personal and selfish aims, thereby endangering the lives of innocent people. Imagine orchestrating such an appalling attack where several Edo sons and daughters sustained various degrees of injuries at the Palace of our revered monarch, the Oba of Benin. The actions of these selfish political actors have continued to stoke anxiety and tension ahead of the gubernatorial election.

“It is obvious that they are stirring these violent attacks to cause voters’ apathy so that they would have ample opportunity to rig the forthcoming election. But Edo voters are wiser, we will come out en masse and vote for the candidate of our choice based on performance and integrity. We are worried that if not immediately stopped, Oshiomhole, Okunbo and thugs on their payroll will set our dear and peaceful state on the path of anarchy. Edo people will not allow that to happen.

“We call on President Muhammadu Buhari, the Inspector General of Police and heads of other security agencies to urgently order the investigation into this deplorable act and arrest these selfish political actors who are hell-bent on causing anarchy and bloodshed in Edo State.” 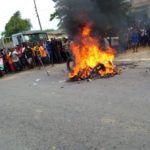 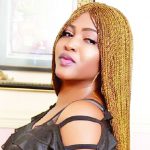 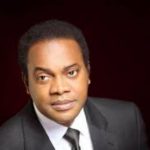 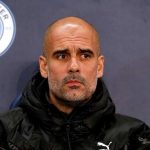 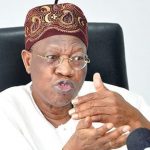 No Chinese doctor has tested positive for coronavirus – Lai Mohammed