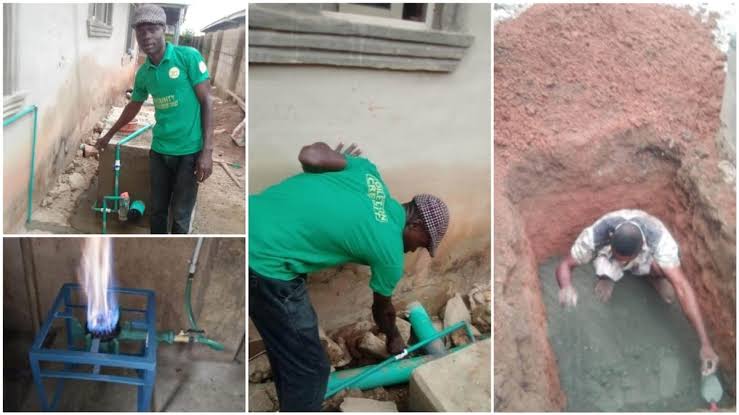 A Nigerian man has gone viral on social media after building a soakaway pit for gas and electricity generation.

In series of photos shared online by a Twitter user @yunusxonline, the man could be seen building the soakaway like the one used for toilets, other pictures showed how he worked a pipe transferring the said gas into an industrial burner.

Local reports claims the man who built the soakaway is from Okwudor in Njaba local government area of Imo state. See the tweet below:

This guy built a toilet that can generate gas for cooking and electricity, very portable, cheaper and can last for a very long time. pic.twitter.com/QkQPwKCoAQ

KanyiDaily had also reported how a 26-year-old Nigerian secondary school graduate identified as Emeka Nelson invented a generator that runs on water.