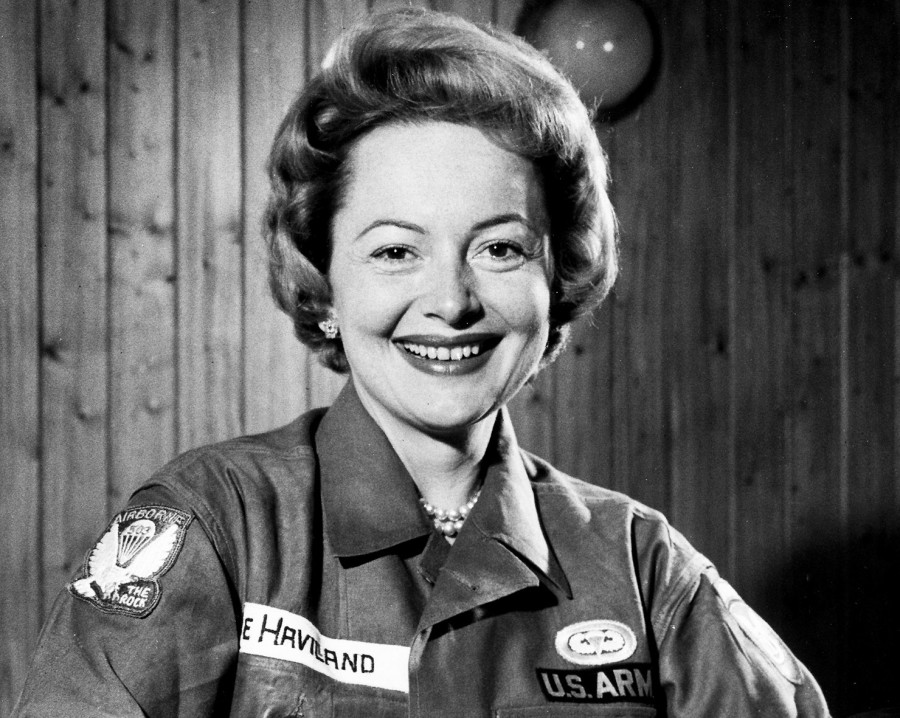 Olivia de Havilland, the sainted Melanie Wilkes of “Gone With the Wind” and a two-time Oscar winner died Sunday at her home in Paris.

Her publicist Lisa Goldberg said the actress died peacefully of natural causes at her residence in Paris, where she lived for more than six decades.

The doe-eyed actress beloved to millions and off-screen fighter who challenged and unchained Hollywood’s contract system was the sister of fellow Oscar winner Joan Fontaine.

De Havilland was among the last of the top screen performers from the studio era, and the last surviving lead from “Gone With the Wind,” an irony, she once noted, because the fragile, self-sacrificing Wilkes was the only major character to die in the film.

The 1939 epic, based on Margaret Mitchell’s best-selling Civil War novel and winner of 10 Academy Awards, is often ranked as Hollywood’s box office champion (adjusting for inflation), although it is now widely condemned for its glorified portrait of slavery and antebellum life.

The pinnacle of producer David O. Selznick’s career, the movie had a troubled off-screen story.

Three directors worked on the film, stars Vivien Leigh and Clark Gable were far more connected on screen than off and the fourth featured performer, Leslie Howard, was openly indifferent to the role of Ashley Wilkes, Melanie’s husband. But de Havilland remembered the movie as “one of the happiest experiences I’ve ever had in my life. It was doing something I wanted to do, playing a character I loved and liked.”

During a career that spanned six decades, de Havilland also took on roles ranging from an unwed mother to a psychiatric inmate in “The Snake Pit,” a personal favorite. The dark-haired De Havilland projected both a gentle, glowing warmth and a sense of resilience and mischief that made her uncommonly appealing, leading critic James Agee to confess he was “vulnerable to Olivia de Havilland in every part of my being except the ulnar nerve.”

She was Errol Flynn’s co-star in a series of dramas, Westerns and period pieces, most memorably as Maid Marian in “The Adventures of Robin Hood.” But De Havilland also was a stereotype for an actress too beautiful for her own good, typecast in sweet and romantic roles while desiring greater challenges.

Her frustration finally led her to sue Warner Bros. in 1943 when the studio tried to keep her under contract after it had expired, claiming she owed six more months because she had been suspended for refusing roles.

Her friend Bette Davis was among those who had failed to get out of their contracts under similar conditions in the 1930s, but de Havilland prevailed, with the California Court of Appeals ruling that no studio could extend an agreement without the performer’s consent.

The decision is still unofficially called the “De Havilland law.”

De Havilland went on to earn her own Academy Award in 1946 for her performance in “To Each His Own,” a melodrama about out-of-wedlock birth. A second Oscar came three years later for “The Heiress,” in which she portrayed a plain, young homebody (as plain as it was possible to make de Havilland) opposite Montgomery Clift and Sir Ralph Richardson in an adaptation of Henry James’ “Washington Square.”

In 2008, de Havilland received a National Medal of Arts and was awarded France’s Legion of Honor two years later.