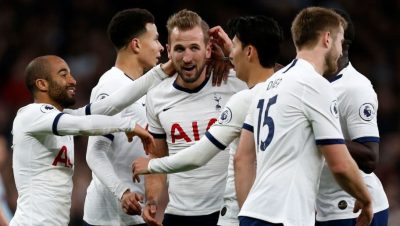 Jose Mourinho is delighted to have earned a consolatory UEFA Europa League ticket with Tottenham Hotspur on the final day of the 2019/2020 Premier League, talking it up as a good feat achieved in a ‘very difficult season’.

Mourinho’s team finished sixth in the Premier League table on 59 points after earning 1-1 away draw against London rivals Crystal Palace at Selhurst Park on Sunday, with goals difference better than seventh-placed Wolverhampton Wanderers who finished with the same number of points.

The Lily Whites bagged one of the four Europa League spots available for English clubs because Manchester City who claimed one following their 2020 Carabao Cup win in March, have finished second and took a bigger Champions League spot for next season.

Mourinho who replaced Mauricio Pochettino as Tottenham Hotspur manager in November 2019 couldn’t lead the Lily Whites to their first silverware in 12 years in his first season in charge. The north London side last won a title in 2007/08 season when they lifted the English Football League Cup (now Carabao Cup).

The Portuguese told journalists during the post match press conference at the Selhurst Park on Sunday the reasons the Europa League ticket is a good consolation for himself and Spurs who previously featured in the Champions League in four successive seasons.

“I am quite happy that next season we play in Europa League, he said.

“It’s just a question of motivating ourselves for that competition
and motivating the fans to support us and try to do something beautiful.

He added: “Of course everybody that one day plays in the Champions League doesn’t want to/go back and play Europa League, but it was the only thing possible after such a difficult
season for the club, for the players and in my case also for myself.”

Mourinho voiced out his desire to to keep an injury-free squad intact next season as he targets a much better achievement.

“When all the players are available we showed in this last period where we belong,” he stated.

“After lockdown we finished third or fourth in the table. That is where we belong. I want to have my team, my players, not a medical room full of players, a pitch full of players.

“But let’s see. The market is very strange. I don’t know if we will start working pre-season with any new players or something that is going to go through the whole period.

“We are going to keep the structure of the team because we have absolutely no interest in selling our best players. 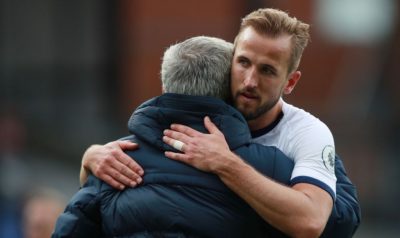 “I enjoy working with [chief scout|] Steve Hitchen and we are very connected with [Daniel Levy and the board.

“We’re going to do what is possible and hopefully next season we can give the fans a very good season.”

Mourinho would also appraise his team’s performance at Crystal Palace and the season as a whole.

“The game was hard. We didn’t play well at all. I understand though that to play an entire season in one game is difficult,” he remarked.

“There was a lot of pressure. The players deserve it. I also have to say that Palace did very well. They played with incredible professionalism. This is England. I think it is down to pressure and the typical fatigue of a season of 12 months.

“People can say ‘oh for two or three months you didn’t play’ but those months were probably even harder, to be at home, closed in and training on Zoom.

“It’s a 12-month season so really, really difficult. It’s an accumulation of things.