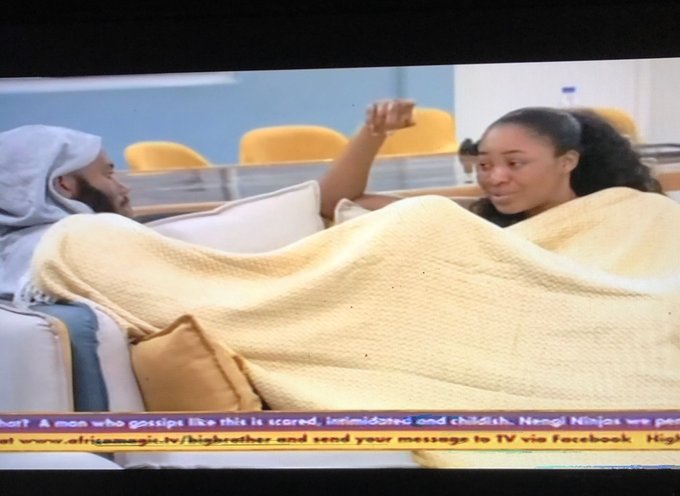 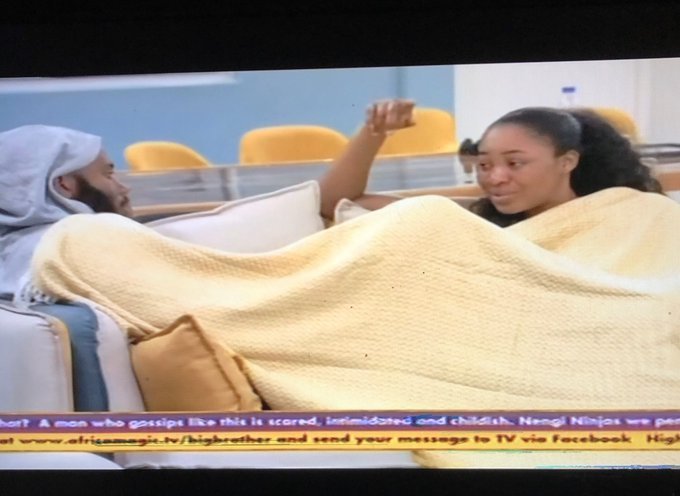 Big Brother Naija housemates Kiddwaya and Erica, Lilo and Eric are getting entangled in the house for different purposes.

The later are already a couple while the former are still taking their time although they are smitten by each other already.

Here’s what fans are saying about the season 5, 2020 reality stars.

#BBNaijia
Kiddwaya: at first I didn’t want to be close to any lady in the house,I just wanna come here do my thing and move..
But I noticed she’s such a cool and welcoming person her smile is contagious.
We are friends for now tho but I really don’t mind taking it further!

#BBNaijia
Kiss each other or go to jail

Forget Eric and Lilo, the guys that filmed this is a crazy commentator. ? #BBNaijia #bbnajia2020 pic.twitter.com/jnZIJA4zvf

Eric, press am well and possess your possession. Thanks Oga Kayode for the close shot. #bbnaija2020 #BigBrotherNaijaLockdown #bbnaijalockdown2020 #BBNaijia pic.twitter.com/uPghrYlAbE

I think Eric is waiting for big brother to say
“This is big brother Eric and Lilo kiss each other”. #BBNaijia pic.twitter.com/jKMpzDMazZ

I think it’s time to relocate from Nengi and Ozo ship to Kiddwaya and Erica ship..

So Erica is narrating the movie Acrimony to Kiddwaya while they stay covered up on the couch. I’m here for this bond, I don’t know about y’all. #bbnaijalockdown2020 #BBNaija #BBNaijia #BBNaijaLockdown pic.twitter.com/Lbtjfhq08t