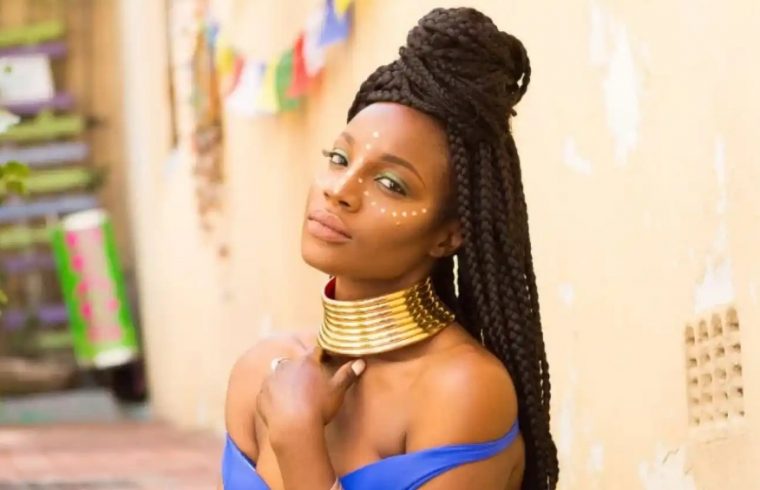 Nigerian songbird Seyi Shay during an appearance on fellow singer Simi’s YouTube show “Stoopid Sessions” has revealed that she got engaged in 2019.

The “All I Ever Wanted” singer disclosed that she actually had an engagement ring but the relationship packed up a few months later.

She made this known while sharing her thoughts on the validity/obsoleteness of monogamy in relationships.

Seyi Shay who said she is cool with her partner having side chicks said: “I would actually be cool with my man having ‘chicks’. I will be cool so long as they are ‘chicks’, not one. Because if he has one on the side, he is going to fall in love. But if there are ‘chicks’ and he is doing his thing, I’m his number one, clearly and in every way. He doesn’t have to tell me about it so long as we have that conversation in the beginning.”

When asked whether she was capable of being in a monogamous relationship, the award-winning singer revealed that she has what it takes.

She explained: “I am. I actually got engaged last year. People that knew, knew, right? I had my ring on and everything – people thought it was a fashion ring or something but it was actually an engagement ring – and then a few months later we broke up.”

She then explained why they decided to go their separate ways: “We were already arguing about the whole wedding; there is a lot of stress when you are planning a wedding and I think somewhere in that all process, our relationship started to break down. Eventually, anyway, he was cheating on me and I found out because I walked in on the situation. I really wish I didn’t have to. So, the reason I decided and agreed to get married to this person is that I have a certain opinion on marriage. I don’t believe in the typical generalization of marriage. I don’t believe in that whole western type of ceremony or marriage – It is much deeper than that. Marriage to me is a bit more spiritual. It is much deeper than that. There is a type of glory that marriage gives you and your relationship as a woman or man and that is beyond the contract or the things you say to each other or the number of people in the ceremony.”

She went on to explain that when she is in a relationship she does not cheat as she gives her whole to her partner.

“Back to the issue of monogamy and exclusivity thing; I feel like once there is communication between the two people and you basically state what you can and cannot deal with, honestly, then everything is cool. To me, I cannot cheat once I’ve decided that this is the person I’m going to be with, I roll with it, I do what I have to do.”

Seyi Shay released her debut studio album Seyi or Shay in November 2015. It was supported by the promotional singles “Irawo”, “Ragga Ragga”, and “Chairman”.