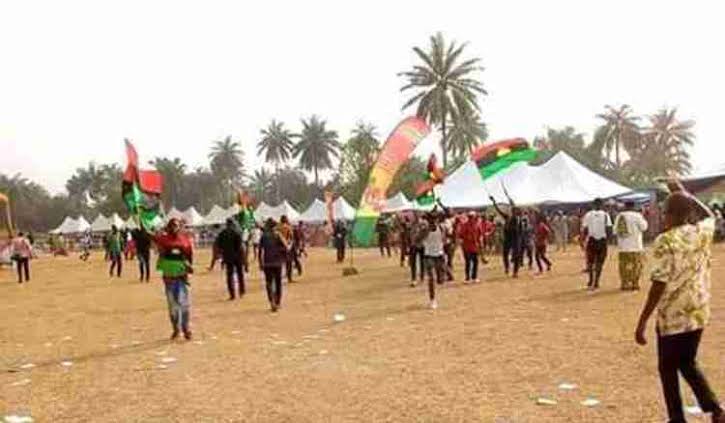 Police in bloody battle with IPOB, MOSSOB in Imo

The operatives of the Imo state Police Command on Friday engaged members of the Independent People of Biafra (IPOB) and Movement for the Actualisation of Sovereign State of Biafra (MASSOB) in a bloody gun duel at Orji in Owerri North Council Area of the state.

The incident, which took place in the morning hours at Orji between the Orji fly over and Ama wire, according to eyewitness, led to exchange of gunfire that led to some members of the two organisations sustaining serious injuries.

It was gathered the IPOB members were waiting at Orji/Okigwe road Owerri Imo State to receive the corpse of a member Onyekachukwu Uzoma from Mbaise, who died at Enugu, when they clashed with the operatives.

The witness said that passersby scampered for safety when gunshots were fired.

According to the Media and Publicity Secretary of IPOB, Comrade Emma Powerful, police shot at the members “when Imo IPOB family were waiting at Orji to receive the dead body of our member been conveyed from Enugu to Mbaise when they were shot by the police operatives with many of them sustaining injuries.

“The Nigeria police , Army and SARS started shooting sporadically at our IPOB members. Nigeria Army and Police have started once again pushing us to the wall. IPOB is not happy how Nigeria government are killing Biafrans and other Christians in Nigeria.

“We are warning Nigeria government and her security operatives to stop attacking IPOB because they will regret their actions soon.”

He claimed the police were only trying to restore normalcy in the area.

According to.him: “MASSOB members mounted road block and then Police was trying to restore normalcy. They also attacked a team of policemen attached to Orji Division along Owerri/Okigwe Road by the Orji Flyover.

“The hoodlums while trying to dispossess the policemen of their service rifles also inflicted machete wounds on the policemen. However, the attack was successfully repelled with arrests made, while some others ran away with various degree of injuries.”